This year’s Mr. Twin Cities Leather Contest weekend, held Friday, Feb. 14, through Sunday, Feb. 16, was packed with something for everyone. The weekend started Friday with a Meet-and-Greet-the-Contestants evening and a Red & Black Ball in honor of Valentine’s Day. On Saturday afternoon, Kink U presented several classes, and Sunday’s Victory Brunch was followed by more Kink U classes, an afternoon beer bust, and a rubber/kink shower contest in the evening. All of the weekend’s public events were hosted by The Saloon.

Saturday evening’s contest was the high point of the weekend, and it was full of surprises. One of the evening’s entertainers did a wicked Michele Bachmann drag impersonation. The outgoing Mr. Twin Cities Leather 2013 titleholder, Kyle Truss, did a step-aside striptease in which he literally stripped off the accoutrements of his title year. And The Atons of Minneapolis did an official presentation of their club colors to Twin Cities Leather & Latte.

The evening’s three contestants (Tim Holden, Boy Cody, and Greg Menzel) each gave entertaining performances during the talent portion of the contest. Holden wore what looked like a medieval robe as he performed a takedown on Tim Hotchkin; Boy Cody performed some of his favorite moments from classic movies; and Menzel, a bartender at The Saloon, demonstrated his drink-mixing talents. When the judges’ scores were totaled, Menzel was awarded the Mr. Twin Cities Leather 2014 title and sash. 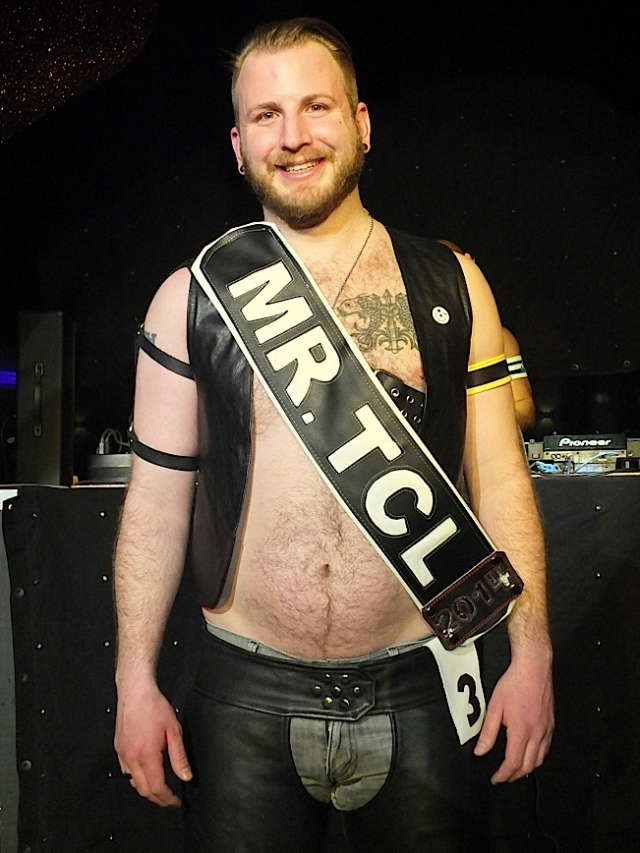 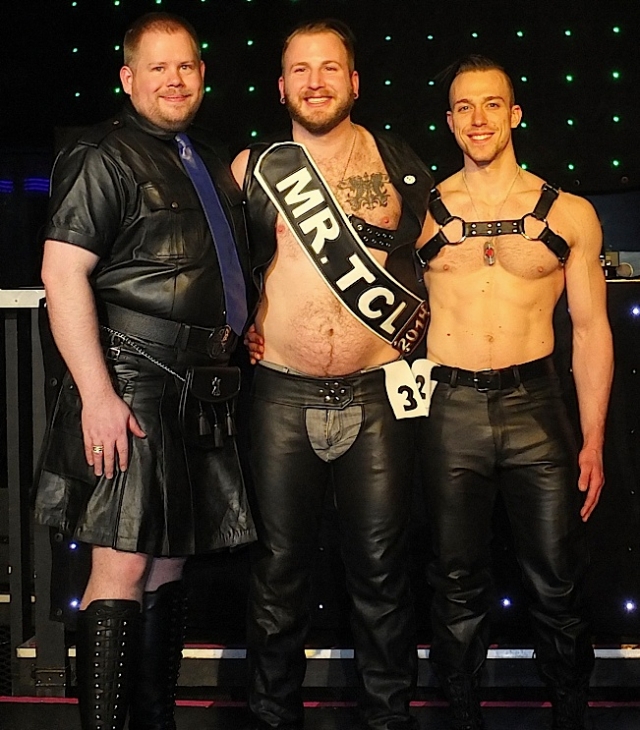 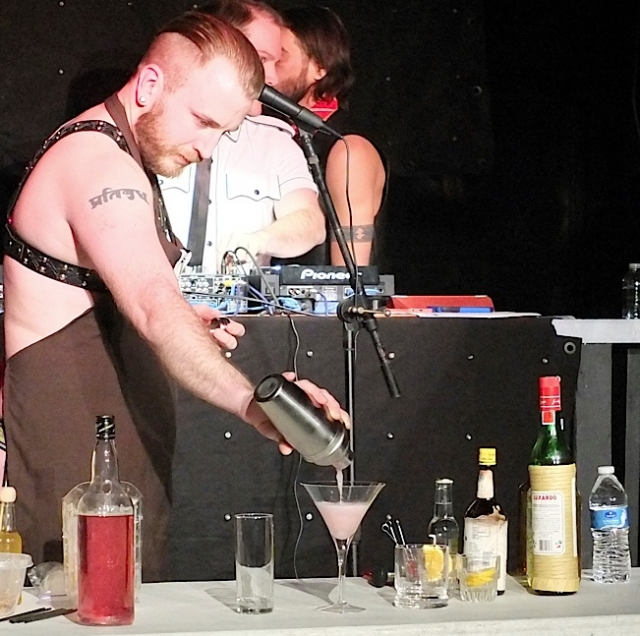 Greg Menzel demonstrates his bartending skills during the Talent portion of the contest. Photo by Steve Lenius. 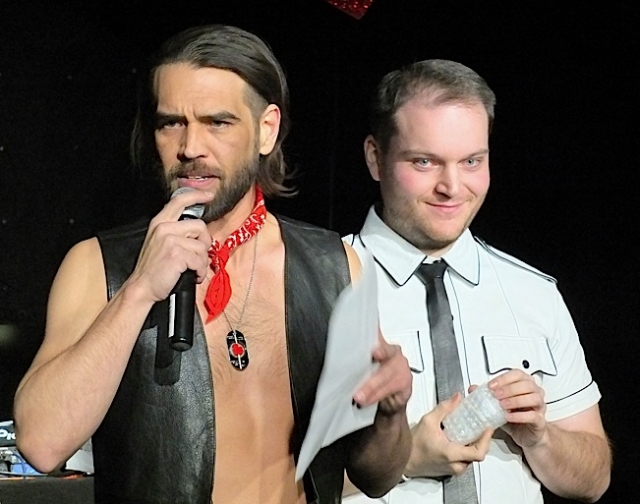 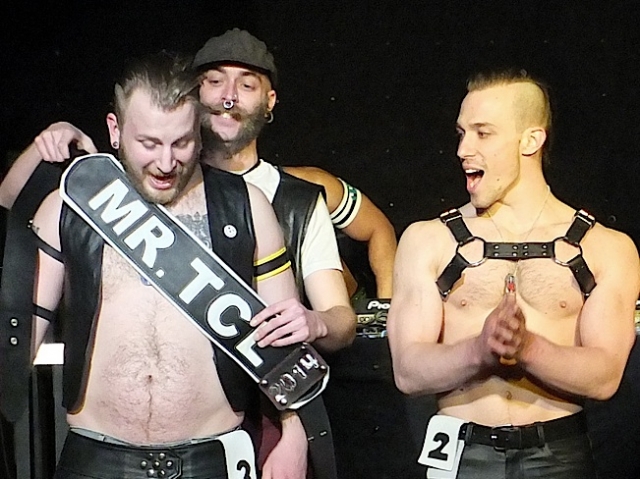 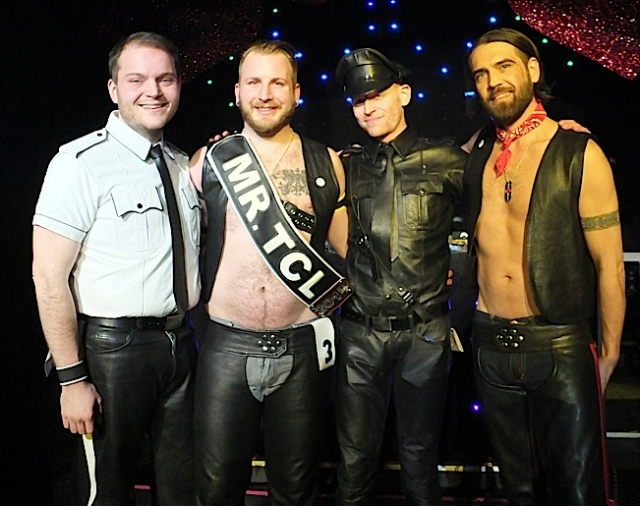 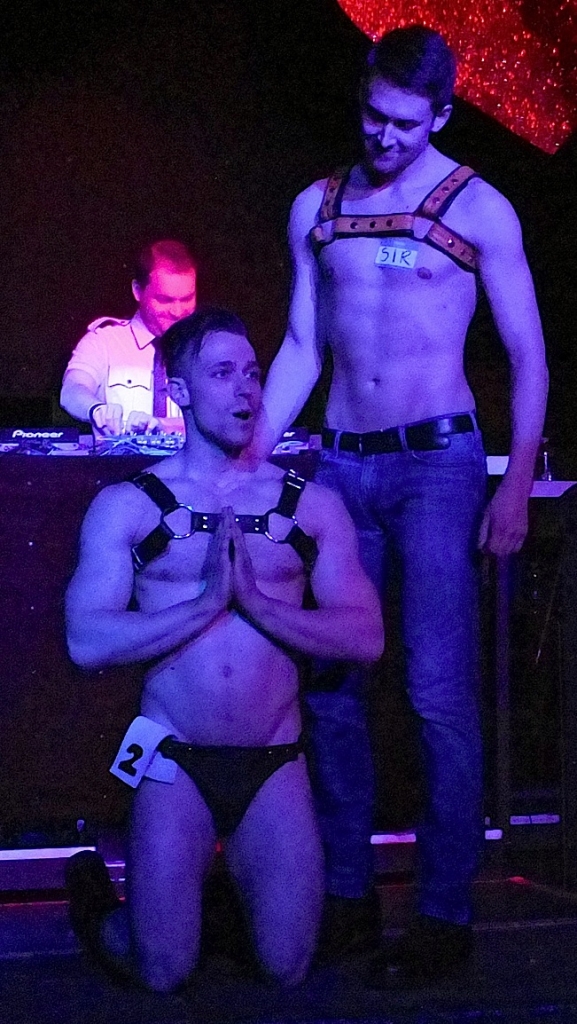 Boy Cody (kneeling) performing great moments from his favorite movies during the Talent portion of the contest. Photo by Steve Lenius.