From The Editor: Getaway – Chicago Style 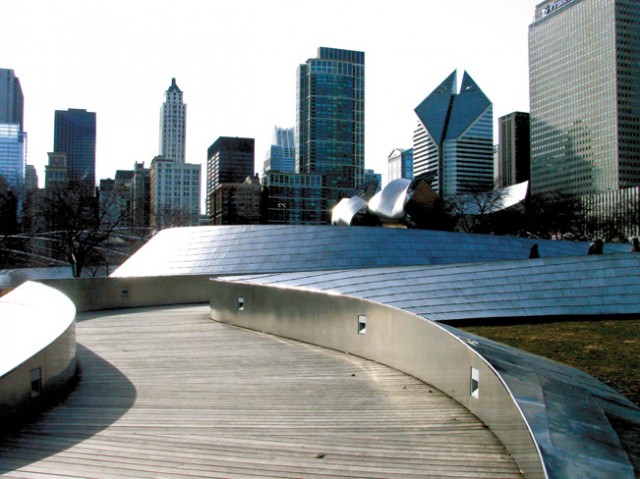 I’ve fallen in love with the photography of the newly discovered Vivian Maier. She snapped as she walked. She caught life. She was an undiscovered genius of The Moment. I stumbled upon a link to her first exhibition ever, taking place at the Chicago Cultural Center until the first weekend in April. First, I posted a link to her exhibit on Facebook.  Then, I posted that I wanted to go to it. Impulsive? A little. Doable? Definitely. Then, Heidi C. said she’d go. That was the tipping point. It was on. Heidi H. and Amanda B. quickly volunteered and suddenly we had a road trip.

We also had parameters. One day, to and from. With vehicle. Before the end of the exhibit’s run in April. On a budget.

We also had a little bit of feedback. From “that’s crazy” to “impressive.” I smiled at the challenge. I love this stuff.

It’s funny; some people got a little uncomfortable at thought of an 800-mile road trip in one day.  For an exhibit.   In Chicago.  From Minneapolis-St. Paul.  That it’s not only illogical and frivolous, but–because of that–it’s not a good idea.  Not true.  No, it made no real sense, but that’s not necessarily a good reason not to do it.  I considered taking offense to it, but no…people who found it uncomfortable probably did so because of their own feelings of being a bit threatened by it; the freedom, the impulsiveness, the lack of purpose…but abundance of whimsy.  I noodled with it.  I smiled at it.  I wanted to do it even more.

I love proving to people that fun is allowed.  The frivolous is still accessible, even in these austere times.  And, with four of us footing the bill, the whirlwind trip wouldn’t be a waste of anything–let alone our time or resources.

Then, you have the camp of folks who can’t fathom going to Chicago without much of a plan or guide.  I found that aspect terribly appealing.  I think it’s become my life goal to overcome the idea that–though I have no sense of compass direction–I can navigate the heck out of a trip.  That–though I grew up in corn and soybean fields–I’ve got no problem “driving Chicago.”  That–though we live in an era of Tom Tom, LoJack City, Magellan, and dashboard GPS consoles that dull our abilities to read maps (and will probably somehow lead to the downfall of humanity)–I can envision a route and make it all happen without anything that requires a cord that plugs into the cigarette lighter.  That–though I’m a woman–I won’t be overwhelmed by these manly things as I drive my diet SUV around a big city.  Sure, it’s the unknown…but it’s my unknown.

What you’ve got to understand is that the idea becomes much less overwhelming when limits are in place. 3-4 hours in Chicago with an exhibit as the goal gave us a location; a place we needed to park the vehicle. And, a window of time. Then, working out from there, I knew the Bean was close by as were the museums, planetarium, and aquarium (and Soldier Field). A trip in on the “L” wasn’t in the cards; finding our other Chicago go-to destinations weren’t for this trip, and a sit-down restaurant probably wouldn’t do the trick. But, we could improvise here and there and do just fine. 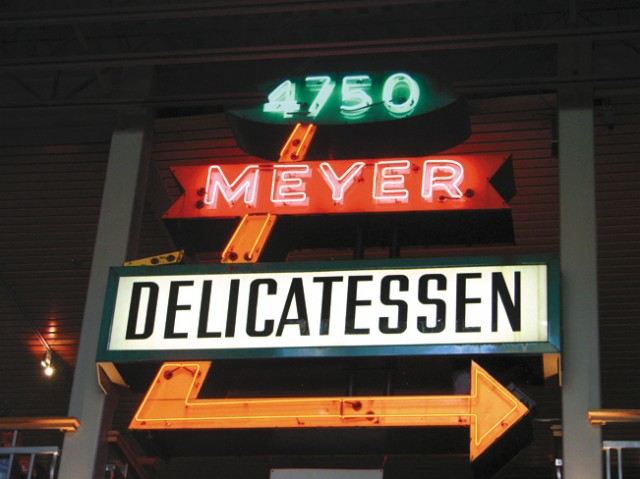 The people who responded to my post were strangers to each other.  Add that layer to the mission and stir.  Perch a little paper umbrella on the rim and enjoy.

I daresay, the entire trip came off without a hitch…down to ending it with a final hour of iPod show and tell as we breezed back to St. Paul after 17.5 hours together.  Amanda is a Chicago-phile with great apps on her iPhone and great excitement in her heart. Marrying that with the capital-”P” Plans made for a great combination.

We started at a Polish market, Gene’s Sausage Shop, in Lincoln Square, came down Lake Shore Drive with Heidi H. snapping some great off-kilter shots out the dirty windows, drove through the museum area and back up to Millennium Park where we found ample parking. We abused The Bean for its photo opportunities and waltzed across the street to our destination.

And, the rest of the Cultural Center. My lands. What a treat.  We were viewing art within art.  Tiffany stained glass.  Marble.  Mosaic tiles.  Dramatic sconces.  And we even walked into an architectural exhibit featuring Louis Sullivan, something this lover of architecture positively trilled over.  Payout.

I admit that even I felt a little apprehensive about just what the payout was going to be once we reached our destination.  But, oh.  I was not disappointed.  Considering that many of Maier’s pieces are online (but nowhere near even a fraction of the collection), I figured I’ve probably seen many of the photos that are in this first-exhibition-ever.  I was right.  Many of them were familiar…and I loved seeing them again.  It’s art.  But, the fact that there was a small section of color prints was an unforeseen delight.  I don’t know about you, but black and white photographs default into an artistic category to me and my sensibilities.  Color photos have to work a little harder.  And the subtlety in photos that were heavy in dated colors like marigold, gold, and cyan were brilliant.  You had to let the eye see the art beyond the color.  It’s not like photos by David LaChappelle in which the artistry jumps off the page by way of great contrast and a techno beat…these took the viewer into them and showed them around a bit.  Oh, Vivian.  Thank you.

Our last goal involved taking in some Chicago Dogs. While Heidi C. snapped shots of the city through the sky slider roof of the Jeep as we blasted the heat, Amanda found a drive-thru dog dealer within blocks using her apps. Portillos. This was lucky.  Throw four people together who don’t know each other and you can expect the best…but, if left unfed in a large metropolis, things could run amok.  I wish I could’ve gotten photos of the bounty that was delivered through the Jeep window that dusky evening…like Santa handing over a bag of presents.  We were in the same four-block area as Hard Rock Cafe, Rainforest Cafe, and the retro McDonald’s, but we were bent on getting Chicago Dogs.  We’d already suffered the on-foot failure of finding another place for hotdogs by way of iPhone app, but upon walking to it, it was attached to a Popeyes.  No.  We know the difference between a dog that you get in Chicago and a Chicago Dog.  So, the five tube foods that graced the Jeep with raw onions, pickles, peppers, relish, mustard, and tomato halves, were God-sent.  The rings, cheese fries, and shakes were also entirely delectable.  Then, to munch from the Portillos cornucopia as we drove up Wacker Drive along the river as we wended our way to the freeway in the setting sun (beyond the skyscrapers) was like the ending of an epic film.  An epic of epic-ness.

Yes, a long drive…both there and back. But, for $34 a piece for gas and parking, we each had a pocketful of memories and experiences. And the novel claim to fame of doing a Chicago Daytrip on a day in March in 2011.

And never to be replicated.  It just wouldn’t be possible.

See the fast-paced photography of Chicago in a Day here: