When choosing a home or considering a remodeling project, the first item on nearly everyone’s list of must-haves is an “open concept”. But what is an open concept? What are the advantages of said open concept? Let’s explore this not-so-new design idea, but one that has become a non-negotiable for many people. 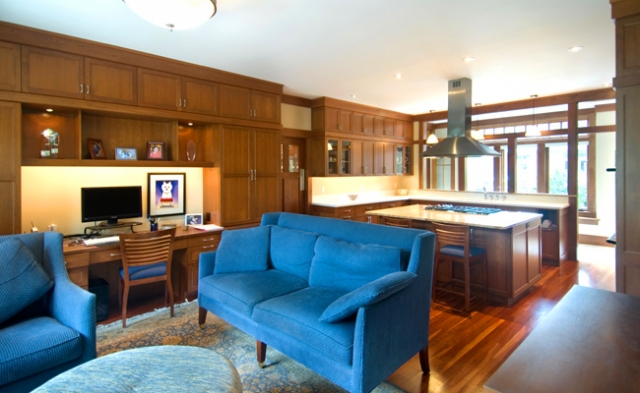 The most popular way of thinking in terms of an open concept is the relationship between the kitchen and living room or family room space. By minimizing obstructions between these two key living areas, the idea is that people can interact and flow easily between them. Homeowners can prepare meals while freely interacting with children or guests in the living space. Another advantage is room amenities such as the television, fireplace or windows can be enjoyed from either space. 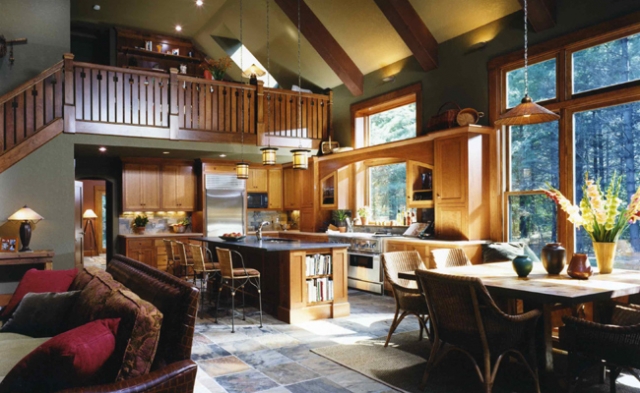 Don’t forget about the relationship between your kitchen and dining room. Having an open concept kitchen and dining area can let these spaces both expand, allowing smaller spaces to function as larger rooms. Multiple cooks can easily utilize dining room surfaces as additional work or storage areas without leaving the kitchen. For larger gatherings, the dining room can be expanded into the kitchen space to accommodate a larger or multiple tables. 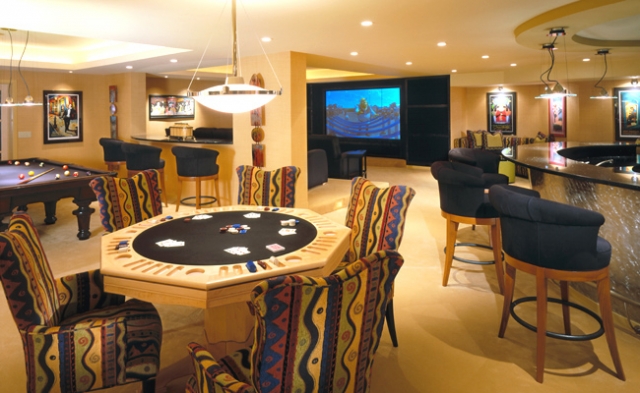 The open concept can also be applied to lower level spaces. By allowing spaces to intermingle they can function singularly for weekly family movie or game nights, or as a whole when entertaining. Also, daylight is typically at a premium in lower levels. By sharing windows and allowing light to flow freely, all areas benefit from the natural light. 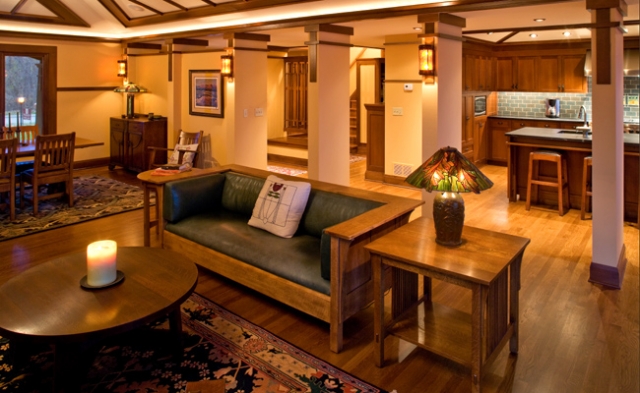 To make an open space feel cozy and defined, use architectural elements to define specific rooms within a larger space. Columns or small cabinets can function as room dividers while maintaining openness. By using ceiling beams or moldings, spaces can be broken up visually while not obstructing flow.

An open concept allows smaller homes to function as if the spaces are larger and creates greater opportunity for multiuse spaces that share common amenities.