The [Curb] Appeal of John Gidding 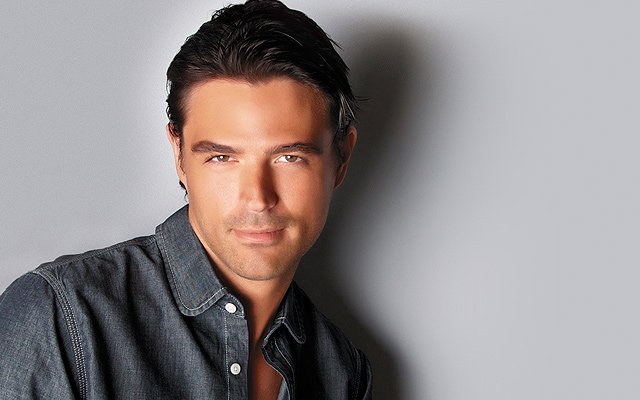 The path to one’s dream career isn’t always straightforward. There are often loops and turns and if a line was drawn along the career path, it would more often resemble a scribbled mess than a straight line. John Gidding, of HGTV fame, followed a similarly scrambled career trajectory.

During his time in graduate school, Gidding was not only involved in a cappella choirs and glee clubs, but also spent his time on the runway. With names like Armani, Gucci, and Hugo Boss sending him down the catwalk, a future in modeling seemed like a lucrative opportunity, but not for Gidding. “I did it to help with the bills after grad school,” he says. “I got the degree to work, not to model. I wasn’t a top model, anyway. I had a good time with it, but it wasn’t for me and it can be a detrimental career, too.”

An industry fraught with harsh critiques of appearances and personal lives placed Gidding in an uncomfortable position. “At the time, I was coming out of the closet and was just coming into my own skin so I decided to get out.”

And out he got, but not before bringing a face to romantic fantasies. Aside from runway work, Gidding did a stint as the face of romance novel heroes. Newly arriving models are kind of funneled into that,” Gidding explains. “There’s a lot of need for fresh covers since the romance novel industry is pumping out books every couple months. After a couple months those books aren’t on the shelves anymore and it’s time for new ones.”

Joking that he gave out copies of the books as Christmas cards, Gidding recalls his first cover, The Rake’s Revenge, as his favorite, but his favorite title belongs to Bedding His Virgin Mistress. “The best part is you walk in and they put you in costume and give you the whole backstory, so we’d act out the scene.”

Transitioning to television, according to Gidding, was just an extension of his modeling. Sent on a casting for what he thought was a commercial, it ended up being for a television show being developed.  The soon-to-be pop culture phenomenon Queer Eye for the Straight Guy was looking for its cast, but Gidding passed on the show. “When they first brought it up to me, I was just coming out of the closet,” he says. “When I heard it was a gay-centric TV show it wasn’t what I was looking for. It wasn’t going to be a good fit for me.”

The producers saw something in Gidding and didn’t give up. The same production company was creating a show for ABC Family. Knock First, Gidding’s first television gig centered on room makeovers for teenagers, an audience that Gidding says isn’t too different than adults. He says, “Teenagers have a very developed sense of identity – designing for them, it was important for us to understand them as adults or developing adults.” 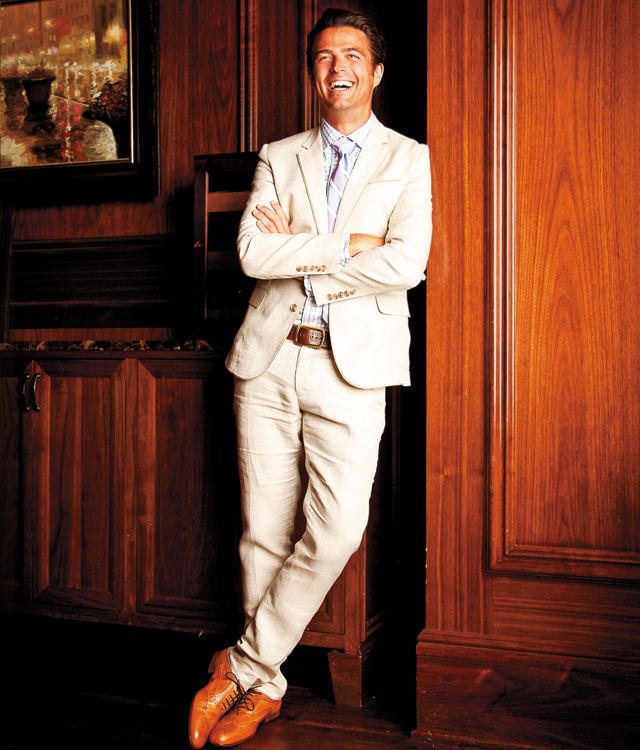 After two seasons, Gidding went on to be involved with HGTV’s Designed to Sell and Curb Appeal: The Block. An experience which Gidding says was very different from ABC Family. “At the time, 10 years ago now, ABC was making a foray into kids design and the rules weren’t set,” he says. “Working with HGTV, a tried and true network, they know exactly what they want. It’s based in Nashville so there isn’t the New York/L.A. entertainment hub atmosphere. It really has a family vibe.” And family it is! Gidding doesn’t feel competitive with his HGTV counterparts. “Although maybe just under the surface it really is competitive,” he jokes before explaining that the other show hosts really like each other, “partying it up” whenever they get together.

But the biggest difference, Gidding says, is designing for outdoor spaces instead of indoor. “The more interior you get the more personal it can be, whereas outdoor design (especially landscapes) is about the personality of the neighborhood,” he says. “It’s not about trends or anything, but really about function and form. There will be some trends but these things are much more slow moving than indoor design.”

Having worked on such large projects as Union Square in New York, the campus plan for Carnegie Mellon University, and a pavilion for the 2008 Olympics in Beijing, Gidding favors his transition to working with homeowners. Although large, public projects allow Gidding to put his fingerprint on the world, that work was always under another person’s name. Now, having created his own company (John Gidding Design, Inc.) his work is a personal reflection.

“Those things were seminal in my development but it’s been a while now,” he says. “But six straight seasons of Curb Appeal with thirteen episodes per season – that’s a lot of homes. Imagine getting to work on one house after another and studying their architecture and being tasked to improve the designs. It was like a laboratory for me: I got to really learn a lot from it and it has replaced those projects in being influential in my career.”

While embracing the architecture of the home and working with what is already there, Gidding is faced with the task of marrying the pre-existing structure with his own aesthetic. Growing up in Istanbul, Turkey, Gidding believes that culture has impacted his design aesthetic. “When people ask what my style is I say I’m a modernist. But I tend to gravitate to more decor and ornamentation than most modernists do. Last time I was in Turkey I was out getting all of these knick knacks and little design pieces to use on a project I was working on. I looked around at the things I bought and here I was surrounded by all of these bright fabrics and things and thinking, ‘This isn’t very modernist!’ I find that the juxtaposition between those things is what makes design interesting.”

With so much time spent in front of the camera, Gidding has never worried about his identifying as an openly gay man being detrimental to his design career. The design world, Gidding points out, isn’t very homophobic. “I’m a designer and an architect. I get a free pass in that regard and for all of the wrong reasons,” he says. “It’s a big stereotype that needs to be dealt with.”

In fact, Gidding credits his success to the support he’s received in the United States as opposed to Turkey where there isn’t as much support for GLBT individuals. “When I started in TV they asked if I would prefer to be open and I said absolutely,” he explains. “I tend to take a positive view on all of this. I’m an optimist. I think all of the opportunities that have been afforded to me have been because I’m comfortable in my own skin.”

Gidding never has to deal with the occasional degrading comments on his Facebook page. He is fond of the two dozen fans who will immediately jump in and support him, putting the naysayer in their place. “We clearly haven’t won all of the battles we need to, but the response has been great on TV, on HGTV, and in the public in general.”