Strap In, It’s Going To Be a Crazy Ride!

I had the pleasure of seeing the Blue Man Group perform at the historic Orpheum Theatre a few weeks ago.  Upon arrival, everyone in our party was handed a clear, hooded rain poncho as well as a pair of earplugs.  At that moment, I knew we were in for a crazy and interesting ride. 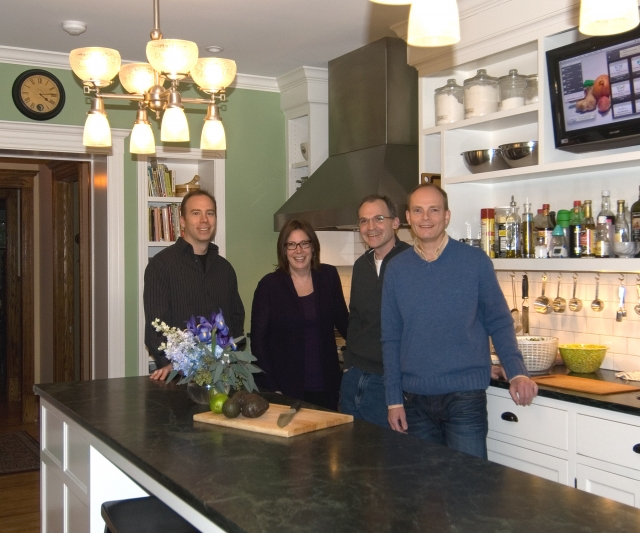 When people talk about the remodeling process, it’s often similarly described. They speak of noise, dust, and general disruption to their once calm and organized lives.  They often start out really liking the team of people they’re working with, but at some point find themselves wishing everyone would just go away.

Does the remodeling experience really need to be so disturbing?  I would like to think not.  Like the Blue Man Group performance, sometimes it’s just about having the right equipment and understanding what you’re signing on to. For the past 20 years, I’ve been using a great visual to describe the rollercoaster ride our emotions take during a typical remodeling project.  This visual allows us all to validate and talk about the possibility that at some point during the process, you (the homeowner) may not like me (the contractor) all that much, and that’s okay. 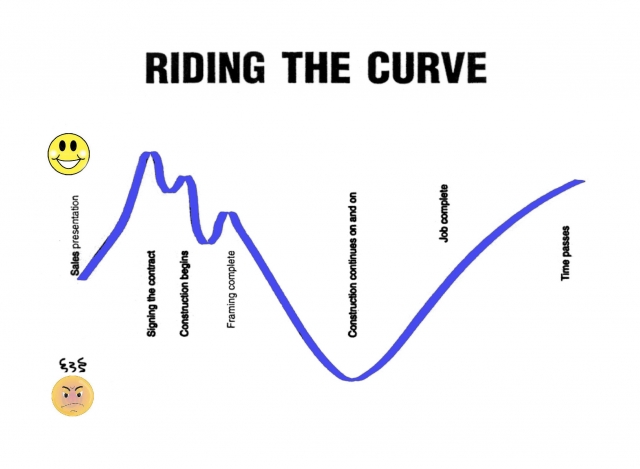 By giving everyone a tool for talking about where we are on that emotional rollercoaster ride, it allows us to address any issues right away.  We often talk about it during the project, “how are we doing on the emotional curve?”  If things are okay, then we continue on as we were, but if emotions are starting to dip, we can make changes to help get our clients back on the upward climb.

Let’s be honest, remodeling is messy work. But, steps can be taken to minimize the mess.  Zipper doors and properly placed blowers can create a work area with a negative pressure, so air only travels into the work zone and not out, carrying dust and odors toward untouched spaces. If a kitchen remodel is part of the agenda, a temporary kitchen can be created in an untouched area of the home so the family doesn’t have to live on PBJ sandwiches and take-out.

In the end, we want everyone to not only have enjoyed the ride, but to tell their friends, neighbors and colleges to jump on as well. I’ve told everyone I run into about our crazy experience with the Blue Man Group. It was messy, loud, and often unexpected. But, we really did enjoy the ride!