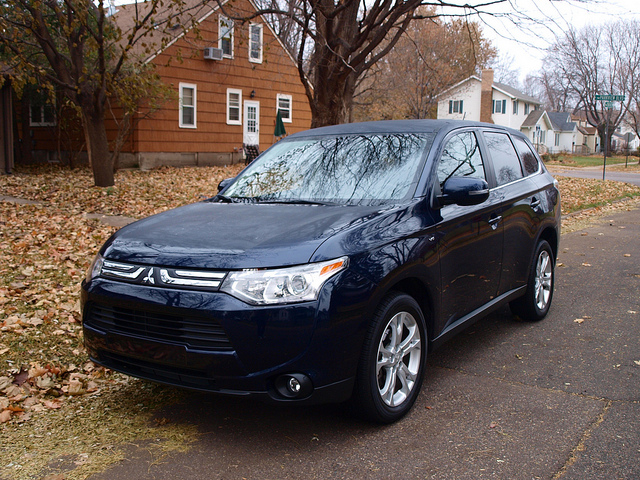 Just when the pundits, the analysts, and the skeptics were predicting the demise of Mitsubishi Motors in North America, there are still signs of life over at the three-diamond brand.

Though volumes are at their smallest since Mitsubishi established a beach head in the USA,  promised new products are finally showing up on dealer lots. The first of which is the 2014 Mitsubishi Outlander, the replacement for its mid-sized crossover that has soldiered on since 2006 in this market. The new global crossover is designed to offer more on a lighter frame, while beefing up its capabilities.

Yes, we have heard this formula before, but will it work in the guise of rebooting Mitsubishi as a competitive brand?

The Outlander currently comes in three flavors: The ES and SE, both with a 2.4 liter 166 horsepower four-cylinder engine. The third is the GT model with a 3.0 liter MIVEC V6 spewing 224 horsepower. The one brought in for a full cavity examination was a loaded GT with the same S-AWC system.

A great choice, indeed…but, is this worthy of rebooting an entire brand?

Overall design is handsome, but not without some head scratching. One would forgive its nose with a false grille above the large slot on the bumper. Mitsubishi has this as part of the global model and it stuck for our market. If you study the design carefully, you will find some things to criticize about its overall look. For what it is intended, the Outlander was designed not to offend. It took a good, middle-of-the-road approach to create a very functional vehicle.

What stuck out on the new Outlander are wide rear doors, along with a power-remote operated tailgate. Instead of the split gate from the previous generation, Mitsubishi went back to basics on providing a full lift-gate on the new crossover. With wider rear doors, third row access is significantly improved. 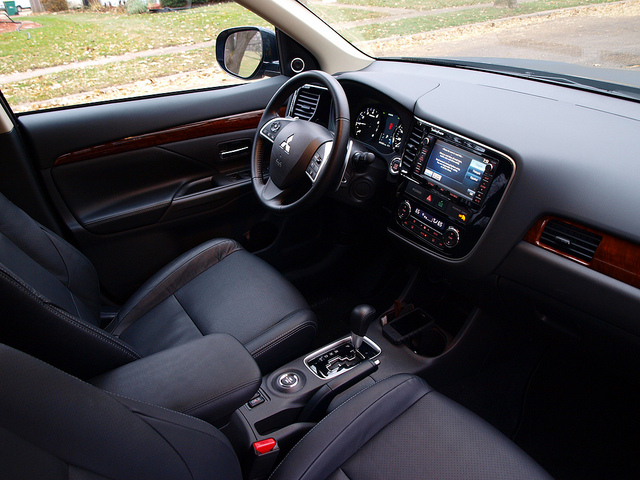 Step inside and you get a very upscale cabin. The GT had a thick and rich leather interior with wood grain accents and an uncluttered dashboard. Between the tachometer and speedometer is an enlarged TFT screen that can be switched to show trip and fuel economy readouts, along with a screen showing where power is going within the S-AWC system. There is a redundant set of switches on the steering wheel for the cruise control and audio screen. HD Radio and Bluetooth connectivity is standard in the GT, but a Touring Package on either model will add SiriusXM satellite radio, navigation and a 710-watt Rockford Fosgate speaker set.

The seats are pretty comfortable up front, with enough bolstering and lumbar support to keep the driver locked in. Second row seat room offers plenty of adjustments for legroom and recline. With the second row pushed back, 4-5 adults could enjoy a nice ride. The third row is primarily made for small children, but, in a pinch, you could have adults up to 5’10” back there. It is probably recommended not to have adults sit in the third row when longer trips are considered. Cargo space is expandable with a flat floor all the way through to the front row. 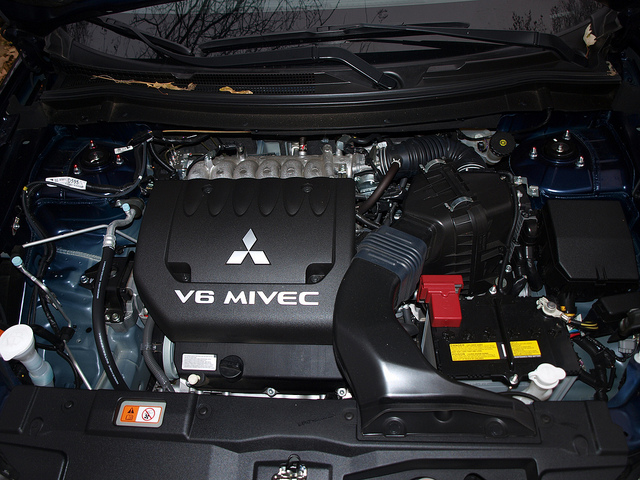 If you are in the mode of choosing among your Outlanders, the engine to get is the 3.0litre V6. Only having 224 horsepower, you certainly have more, if not just enough, power for the Outlander. You will lose fuel economy, but you will gain an effortless engine that is relaxed even under a load. Another reason to get the V6 over the four is its towing capacity of 3,500 pounds. The V6 is had with a 6-speed automatic standard, making shifts swift and sure. The S-AWC all-wheel control system keeps everything planted, with an option of settings for appropriate conditions.

The biggest improvement in the Outlander is its ride quality. In the GT, the ride is smooth and supple. Handling is fine, but expect some lean and roll in the corners. Steering is weighted right and offers good action from the wheel. You may find that it is pretty sharp on turns and agile on-center. Brakes work well in normal and panic stops. The GT’s Toyo tires are not bad for grip and ride. However, you might be put off by some road and wind noise when doing highway work.

For any size crossover/SUV, fuel economy is a concern. The Outlander GT did average 17.0MPG in a mix of street and highway driving.

The price tags for each model driven did not come as a surprise. Outlanders start at $23,820 for an ES model with front-wheel-drive. This fully equipped GT S-AWC with the Touring Package had a sticker of $34,720. These are good prices for a vehicle with one foot in the small crossover/SUV segment with the other in with the mid-sized models. 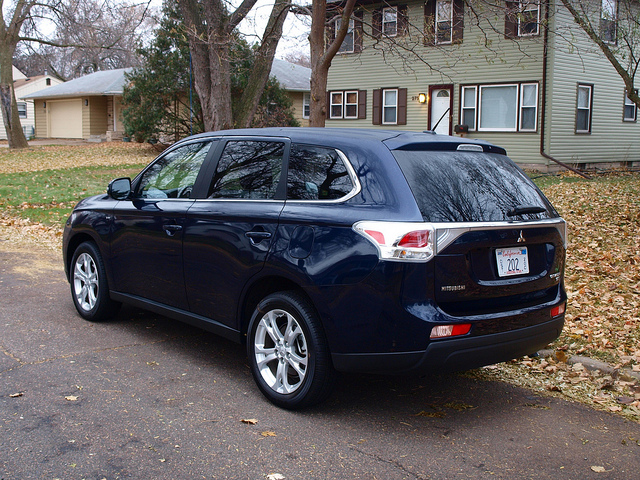 Before you write off this Outlander as Mitsubishi’s non-savior, think about this: There is one more piece of the puzzle waiting in the wings. The Plug-In Hybrid version will add what Mitsubishi has learned in the i-MiEV and put it into the new Outlander months down the line. The platform is right for this new variant, however.

You might not think the Outlander will do well in the marketplace, but at least give credit to Mitsubishi for trying. Perhaps a drive will do. Once you do, you be the judge whether Mitsubishi made the right move with new Outlander to keep its North American presence in tact.