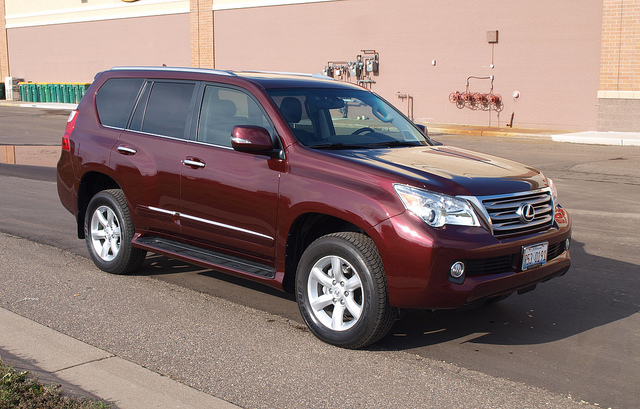 In places where roads are just a figment of one’s imagination, this vehicle is a familiar sight.

In jungles deep in Southeast Asia, the outback of Australia, the savannas of sub-Saharan Africa and the foothills of the Andes, the Toyota Land Cruiser Prado is seen as the most capable of its kind. Only a few could follow this along its imaginary paths – the Land Rover LR4/Discovery is its exact rival. Both could carve out a path in any environment

Sadly, Toyota does not sell the Land Cruiser Prado directly in its brand’s North America showrooms. Instead, the capable Prado is transformed into a luxury SUV that still does the same job, but with a lot more comfort, acres more leather and wood, a longer warranty and grander dealer service reputation.

In North America, we call this the Lexus GX 460.

It is a curiosity, this Lexus GX. We have two vehicles rolled up in one. For one, the GX is a body-on-frame SUV that has extended roots with the Toyota 4Runner, the North American Tacoma and global HiLux pickups. Yet, it is also a Lexus. The interior and added chrome pieces denote this.

The question to consider is this: Would this be better off as a Toyota or a Lexus?

The 2013 tester was a year away from its spindle-grille rhinoplasty. As much as I love the spindle grille language, the GX just looks all business. You could apply plenty of chrome, projecting lamp clusters and crystal clear rear lenses on a rugged SUV, but it does make the Lexus a bit more intriguing – in an anti-Land Rover way.

The profile may be tall, but it is easy to step in and out of. The ground clearance is at a good clip not to scare the timid away from the GX. Running boards help in stepping into the GX’s cabin without ruining the side profile. Glass is abundant and easy to see out of. Because of its overall height, you might appreciate the side-hinged tailgate. Some may no longer like such a rear access, but consider some of the alternatives out there – split tailgates, for example. No fear, the rear glass opens on its own – upwards. 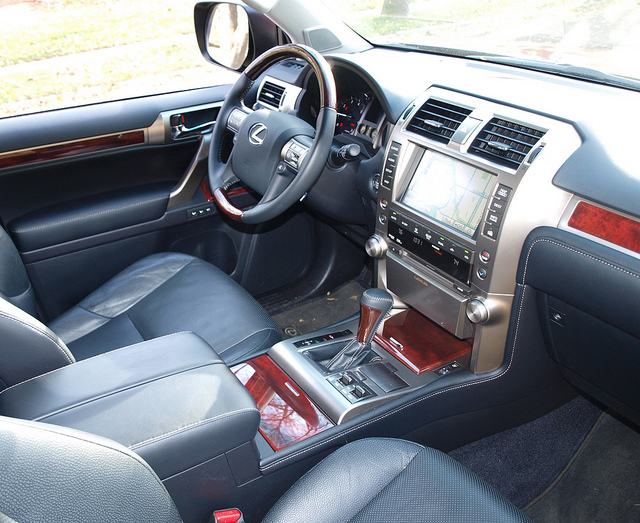 The cabin is a huge and comfortable place to be. Seats are as big as in the RX crossover with same perforated hides to boot. You do sit tall, but with a commanding view of everything around you. They driver’s seat is very comfortable and supportive with plenty of power adjustments to boot. Second row room is exceptional with plenty of height to see over the driver.

There is a third row, however. It is power operated to get the seats up, but you will find out that they are really only made for small children. You might be better off leaving the third row down and utilize the huge cargo hold that await from the side-opening/glass-accessed rear door.

One must not detract from the instrument panel without understanding its purpose. If you have been in the latest Lexus models, then you would scoff at the older TFT screen in the middle and the center information screens. You might ask why the instrumentation is not the ones you get in an RX or GS. But, understand its purpose and enjoy the leather, wood and satin finishes around you.

As a note, the Mark Levinson audio system is as good as advertised. It is a clear sound, though maybe not exactly incredible in the GX. It is a wonderful soundtrack nonetheless.

Another thing that might concern you would be the amount of buttons and switches all around the cabin. To the uninitiated, a lot of these buttons might not make sense. There is one that easily understood – the switch for the four-wheel-drive system. Once you see this, the other buttons and switches fall right into place. After all, this is a Lexus – OK, Toyota – and the quality and operation of the switchgear just feels right. 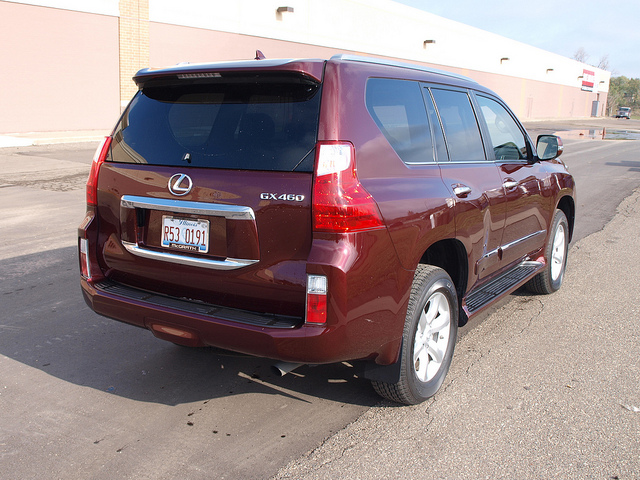 For the North American market, Lexus felt it was best to drop the 4.6litre V8 underneath the Prado/GX’s hood. One would argue for offering the Outback/jungle/savanna-owning turbocharged diesel used in the same vehicle, but we are in America and we have different uses for such vehicles. Therefore, the V8 seems right for the job.

Turns out, it is the right choice for us. For what we use the GX for – trailer towing, cabin running and other outdoorsperson stuff – it is not the 301 horsepower that brings us to use the V8. For a vehicle such as the GX, it is all about torque. The figure to note is the 329 pound-feet of low end that will pull 6,500 pounds of anything you hitch up in the back. You will also need that number to see how you will get through the roughest of trails or the worst of conditions.

A six-speed automatic connects to the V8. All four wheels benefit from the driveline with a TORSEN limited-slip differential transferring power to corners all of the time. The 4-L low range will come in handy on snow days and steep inclines and declines. To make things easier on the latter, the switch for the Downhill Assist Control would be engaged to make sure your GX is safely descending those steep drops.

What will surprise you about the GX is how civilized it drives. Yes, it is a vehicle sold elsewhere that could tackle the worse terrains on the planet. However, it is sold as a Lexus here and needs to be comfortable enough to get through what this continent dishes out – roads that are falling apart, bad snowplow jobs and wayward pedestrians. With that said – the GX is a real treat to drive.

Mind you, there is just less than 5,200 pounds of tall SUV to manage behind the wheel. While the ride and smooth and well damped, you do get minor roll and lean in the corners at speed. It is pretty stable, however. Brakes are quite good in both normal and panic stops, also.

The steering is a curious mix of the huge steering wheel and how it works with a good steering rack. It takes plenty of turns of the wheel for tight maneuvers. However, the GX has an excellent on-center feel that minimizes play when going down the middle of the lane. Not to mention the silence from its big Bridgestone Dueler HT tires with the right amount of sidewall for off-road adventures.

Driving a big SUV does not mean drinking a lot of gas. Unlike some of the vehicles that are known for gashoggery, the Lexus GX 460 averaged 17.3MPG – a big surprise given its roots, it’s engine and body-on-frame construction. 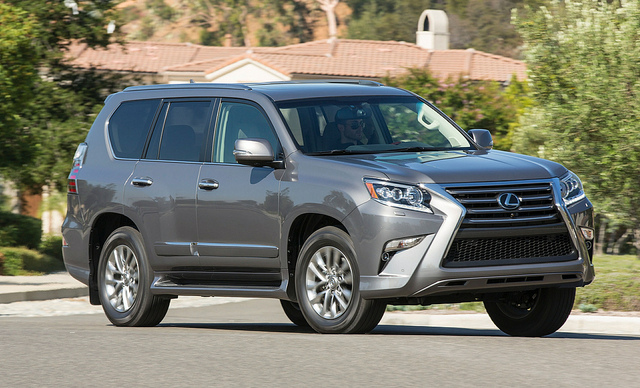 A Lexus is not a Lexus without a price. To choose one with the new 2014 spindle grille, Lexus offers the GX 460 starting at $49,995 – a price drop from the 2013 model. You do get some improvements over the 2013 model tested, including an upgraded infotainment screen, a new trailer sway control system and a few enhancements inside and out. The basic vehicle remains in tact. A comparable 2014 model to this tester is priced at $62,915, with only the Mark Levinson audio system as its only choice. However, if you are not a fan of the spindle front end and like the 2013 model is tested here, Lexus does offer them through their Certified Pre-Owned program.

Whether you choose a 2013 or 2014, you would agree that the GX represents something that was once a desirable combination – a SUV with great off-road capability and fine on-road manners. It remains an elusive breed for a privileged few – Land/Range Rover owners included.

If your answer is the latter, understand that owning a Lexus GX 460 is not exactly a license to take it up through the Andres, trek to Mount Kilimanjaro and cross the Outback. If you have a cabin deep in the woods or by a big lake with a portable dock, the GX is ripe for that adventure – and then some.