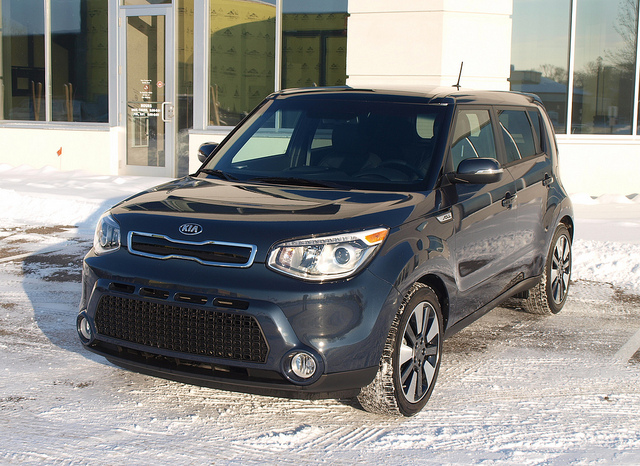 Ah, those lovely hip-hop hamsters! How have they evolved!

To introduce the second generation Kia Soul, the hamsters that promote the hip compact crossover-ish wagon-esque hatchback faced a dilemma. Their fat hip-hop bodies were not going to cut it. They decided to slim down, dress up for the big red carpet relaunch.

The CGI hamsters pretty much mirror the story of the popular Soul. The little Kia was never fat – rather a bit heavy on the power-to-weight ratio. But, people love them. In fact, I will note that many friends and acquaintances that bought them over the course of the first generation – some of us may be owners already.

The Soul always represented being different while being practical. It is a theme that Kia promotes in the guise of the hamsters. So how do they continue this theme while evolving the species?

The 2014 Soul represents that evolution. It is a familiar shape – boxy roof, wheels stretched to rear corners, familiar front with the “tiger” grille and certain shaping and scalloping along the side. However, the upper grille is no longer one – it is more of an accent piece. The real grille is on the bumper as a large air intake opening. The side flanks seem bolder than the previous generation model. In the rear, the more pronounced changes produce a tonal hatchback cover and larger tail lamps.

With the three grades retained on the new model, our tester was the top end “!” (Exclaim). That meant eighteen-inch alloy wheels and Kumho all-season tires. You also get power foldaway mirrors, programmed when you or unlock the car. Otherwise, all Soul models take on the evolved shape with a few twists. 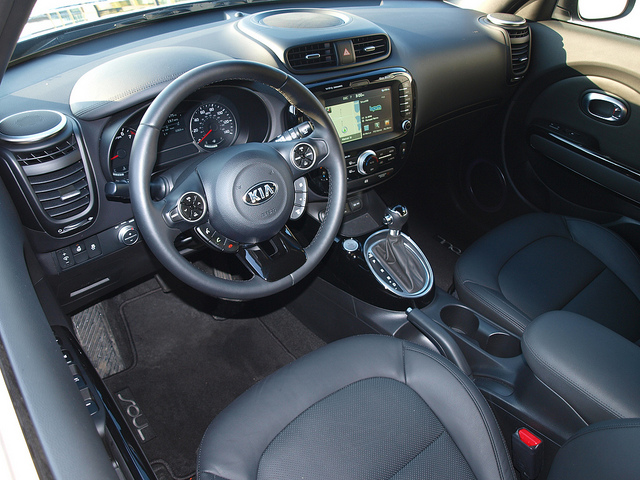 The most dramatic change is inside, which the once funky interior is now almost grown up. The instrumentation binnacle offers a switchable screen between the speedometer and tachometer. A large center TFT screen dominates the center stack with a series of buttons and a couple of knobs surrounding it. Switchgear is familiar to almost every Kia owner, but the heated steering wheel is brand new.

The “!” model offers up leather seating that is heated and cooled. Space is ample up front with decent rear seat room. The good thing about driving the Soul is the upright seating position for all passengers – something you would appreciate when driving around. Cargo room has grown over the past generation, citing more depth behind the rear seat.

Infinity speakers connect to the UVO infotainment system. You get SiriusXM radio along with Bluetooth connectivity. This model came with a navigation system, which is quite good. You may also sync up your smart phone with UVO eServices – something new aimed right at the Soul owner. 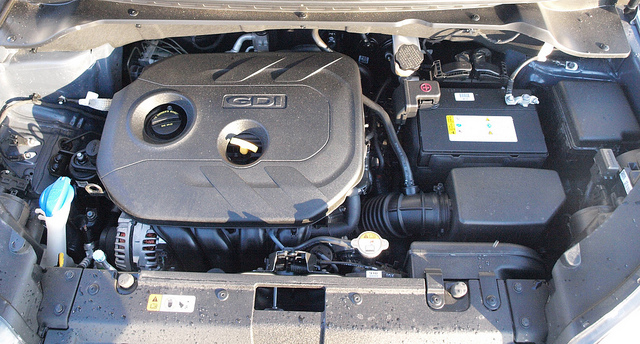 Kia decided to rationalize their engine lineup to integrate a single version of each engine. Therefore, the 2.0liter four-cylinder is similar to the Forte’s. Except, the Soul’s version only has 164 horsepower with 151 pound-feet of torque. The slight power decline combined with the over 2,800-pound curb weight will not make the Soul a hot rod. It is adequate enough for leisurely driving. A six-speed automatic is attached to the Soul, sending power to the front wheels.

On the “!” model, the ride seemed a bit on the firm side. Lumpy road conditions has the Soul bouncing a bit, but gathered just as well. Smooth tarmac shows the Soul’s best side on the road. Handling is decent with minimal roll and lean through the corners. The biggest issue was traction on snow and ice. The Kumho tires were always fighting for grip, making the traction control work overtime. It would be suggested to invest in some winter tires if you own a Soul in snowy climates.

The Soul is now offered with FlexSteer, giving three degrees of steering feel and weight. In Sport, you get the heaviest feel. However, you may find a bit of lag when needing a quick turn or maneuver. There is also an artificial feel when taking on the corners – just enough to actually feel it. Brakes are also OK, while the anti-lock system work to keep the Soul stopped in bad conditions.

One complaint about the Soul was in terms of fuel economy. The assumption of it being a small vehicle that it would garner good consumption numbers. The Soul mustered 23.6MPG in its winter run. 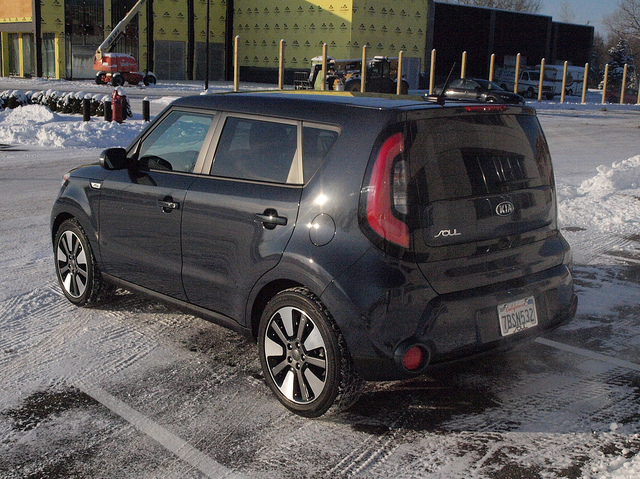 There is a reason that the Soul has become the car of choice for those who want to be different. The original Soul gave their owners a sense of fun and abandon that only a few cars can claim these days. The upright seating position, view of the road and the practicality of an upright hatch area – all complete wins for its owners.

What about the new Soul? It has grown up and gotten serious. It still looks like fun, so the serious side does not show as much as it wants to. It looks the same as it ever was – perhaps familiarity does breed upon repeat buyers.

As a car, it is simply OK. There are several improvements from the previous generation, but there is also a wide range of choices to be had for the money. Yet, individuals who want to live life a different than the rest – the Soul still attracts. You may as well be evolving in your perspective – just like Kia’s hamsters.