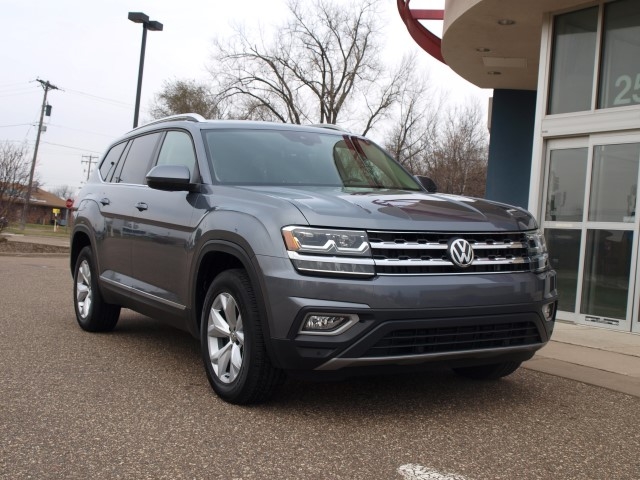 How do you improve on a “family favorite?”

Firstly, you have to define “family” here. Are we talking a family of five-to-seven people, including a couple of their children? Or, are we talking the nested couple with two large pets or a hobby that includes massive amounts of landscaping and other home improvements?

Little do the automobile manufacturers know that they are not making these midsized SUVs for just the typical family anymore. However, they are using the prototypical nuclear family as a measurement on how well they can execute these popular vehicles.

Recently, Volkswagen jumped into the fast-rising segment with their own answer to the three-row mid-sized family SUV. They call it the Atlas. Just like its namesake, it has a lot riding on its shoulders.

Volkswagen has been discovering how to cater to American tastes. From its North American market version of the Passat mid-sized sedan, they created an SUV on top of this platform. The Atlas is built alongside its Americanized cousin at their Chattanooga, Tennessee plant, which gives it an advantage for being developed and made for its intended market. 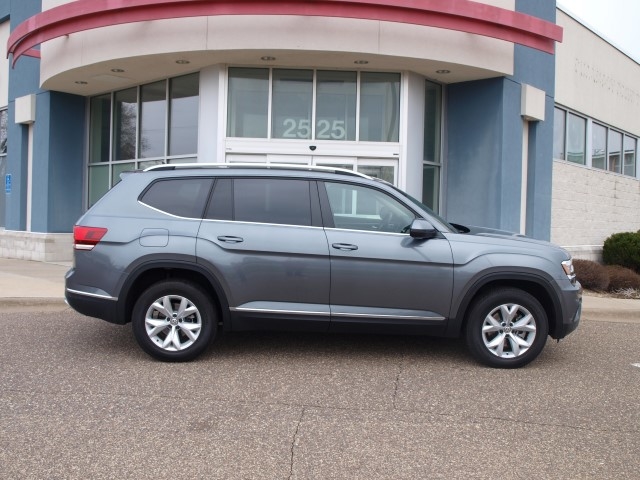 The result is a midsized SUV made for American families of all kinds, which makes us wonder how much of this big, three-row SUV still has that Volkswagen feel we know and love from some of our favorite cars.

From the outside, one would look at the Volkswagen badge and ponder whether it fits into this straightforward body. The Atlas was not designed to be a standout in looks alone. It is a functional design that does not need embellishment. It also garners the presence of its competitors without wanting to flash a few lines and creases.

The hallmark of the Atlas design goes back to how functional it is. It has large doors for greater access to the cabin, along with a large liftgate for easy loading into the cargo bay. The ride height is your standard eight inches off the ground to the bottom of chassis. That allows the Atlas to clear most obstacles in its way.

Climbing inside of the large doors you’ll find an equally large cabin. The total volume inside of the Atlas is 153.7 cubic feet, enabling expansive space for seven passengers. The seats are sized well, wrapped in the SEL’s V-Tex leatherette upholstery. There is some bolstering and support in the front seats. There is a lot of expansive room in the second row, with rake and recline adjustments available. Third-row access is easy with a slide-away feature on both the driver and passenger side. An adult can sit in the third row. In fact, an adult can sit behind each other along all three rows in decent comfort. 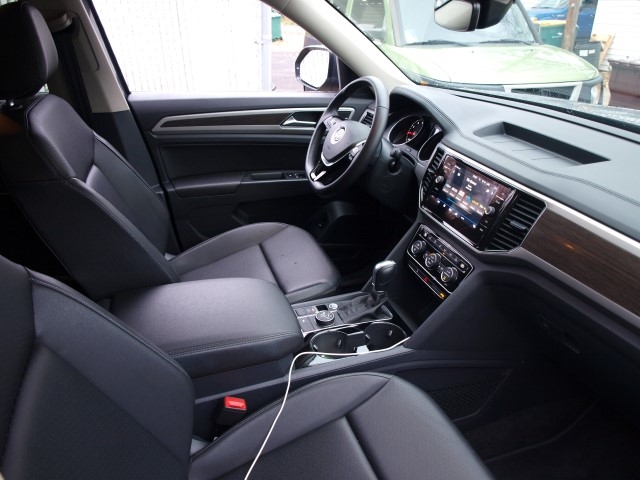 For cargo space, it is also expandable. With all three rows up, you start off with 20.6 cubic feet. Fold down the second and third rows of seats, and you have 96.8 cubic feet of usable space. Think of how much you can take in the back of an Atlas!

The instrumentation is put together by a TFT screen in-between the two big dials. If one selects the SEL Premium model, you can get the new Digital Cockpit instrument cluster that is a full TFT screen with full customization for the driver. The Digital Cockpit is supreme in execution and information dissemination, yet you would have to pay much more for the privilege. The regular instrumentation works fantastically, as it carries the excellent readouts Volkswagen is known for.

The Atlas lineup comes with a choice of three drivelines. There is a 235-horsepower turbocharged 2.0-liter four-cylinder engine available only with front-wheel drive. The 276-horsepower 3.6-liter V6 is truly the pick of the range. It is available in front-wheel drive and the 4Motion all-wheel-drive system. Our tester had the latter driveline, which is really the way to go. A new eight-speed automatic transmission is standard across the range. By choosing the V6/4Motion version, you can tow up to 5,000 pounds in the Atlas. 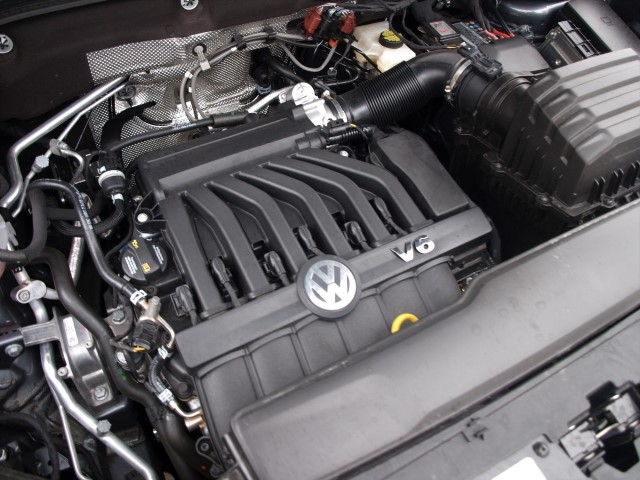 In terms of fuel economy, we saw an average of 20.9 MPG in our care. This beats the combined average stated by Volkswagen.

Ride quality is fantastic. It is what you expect for an SUV of its size and stature. With the capability of seating seven adults, no one will feel uneasy as it clocks the miles to your final destination, even if it is a cross-town jaunt. Handling is what you expect in a midsized SUV, but with a bit of Volkswagen swagger to it. On the SEL, you do get 18-inch wheels with big sidewalls, perfect for all-season protection and ride.

Braking was superb, with excellent feel from the pedal. In both normal and panic situations, stops were pretty good in terms of distance and response; however, the steering felt a bit light in response from the wheel. This needs some qualification since one would think of Volkswagen as a sportier, German-bred automobiles. In this class, you need to have a lighter feel since you have 4,502 pounds of SUV to maneuver in the tightest of spots around our Twin Cities and beyond. The result is that you will find a tight turning radius for its class and decent on-center feel with an assist from the lane-keeping feature.

One thing that makes a Volkswagen stand out is a huge emphasis on safety and accident avoidance. With features such as lane departure warning, blind spot monitoring, adaptive cruise, front collision warning, and autonomous emergency braking, you get a very safe SUV that has already garnered top marks from the National Highway Traffic Safety Administration and the Insurance Institute of Highway Safety based on crash testing. 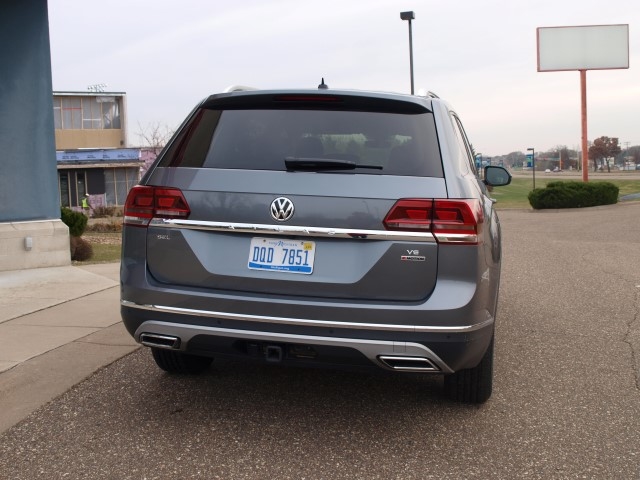 Volkswagen may have just created the best vehicle in a resurgent class. This was proved by a recent comparison put on by MotorWeek and Cars.com, where the Atlas took the top spot over three of its rivals. We agree with this result based on our own experience with other vehicles in its class.

Honestly, how good is the Volkswagen Atlas, as being the new player in a truly American class of vehicle? That would depend on how our families respond to this vehicle. Let us assure that you will not go wrong with this cavernous and accommodating SUV as your mode of family transport. Choosing one will make this your “family favorite.”