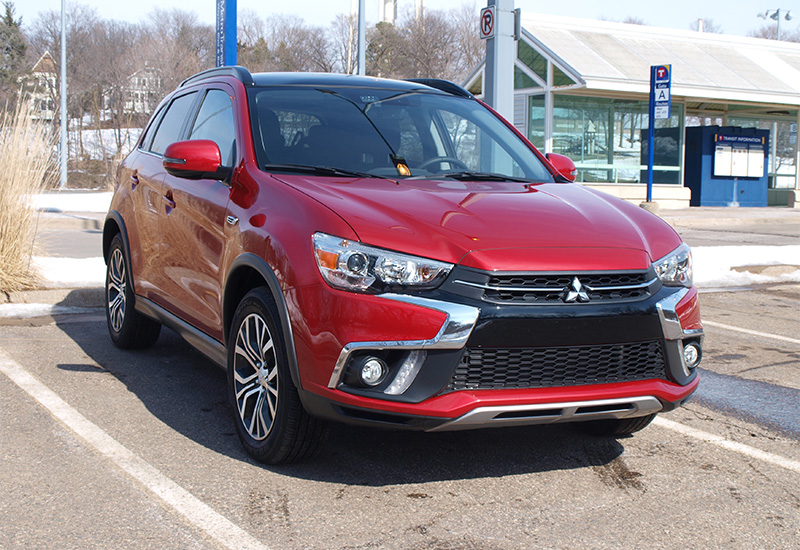 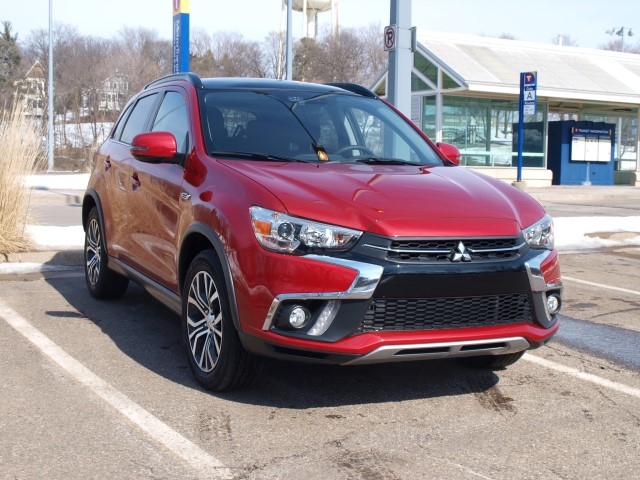 One of our favorite vehicles is still going strong.

It first appeared here as a 2011 model. Since then, we had plenty of them to go around. It has evolved since with new front ends, trim, a choice of two engines, a solid all-wheel drive system, and comfort for four to five people.

We are talking about the Mitsubishi Outlander Sport.

For 2018, Mitsubishi made further changes to one of its most popular vehicles. It also simplified the lineup to four trim levels, two engines, and a choice of front-wheel drive or All-Wheel Control. Our 2018 Outlander Sport tester was the SEL 2.4 with All-Wheel Control—the top-of-the-line.

Now on our third Outlander Sport, we now ask one simple question: Does it still hold up as one of our favorite vehicles? 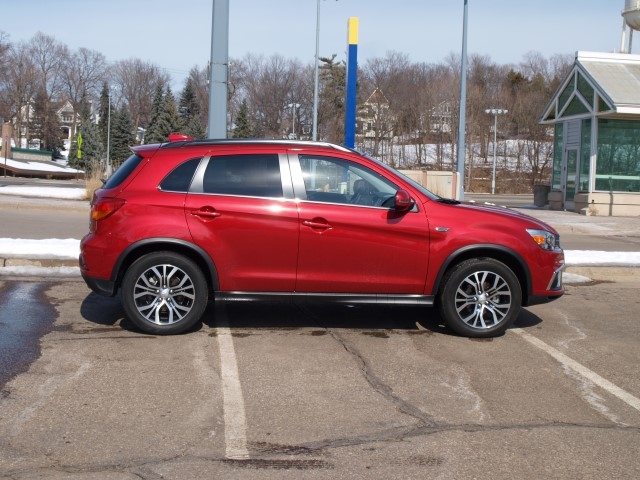 New for 2018 is a new front end that features a horizontal chrome strip accenting the upper grille and an all-new lower grille and bumper. A new set of LED running lamps run on an angle apart from the fog light area on the lower bumper. Though it sits with the smallest SUVs in the market, this update creates more distinction for this popular model. The rear end receives a chrome strip above the license plate area on the liftgate. The rear bumper is new, with a diffuser area wrapped in black plastic for protection.

Everything else remains the same. Still, the doors open big for easy access and exit. Ground clearance is at 8.5 inches, high enough to clear many obstacles that would stop mere automobiles. Still, the Outlander Sport is a distinctive small SUV to stand out in a crowd. In the Twin Cities alone, you could be in a crowd of Outlander Sports—which is really a good thing if you consider how popular this vehicle has been in our area and in the community.

Over the years, Mitsubishi has worked on adding more value inside of the Outlander Sport. For 2018, the infotainment screen was improved for better operation, easier to use icons in and around the screen, and the additional connectivity of Apple CarPlay and Android Auto. In recent years, we have seen improved controls and switches all around, plus some additional features—including two USB ports that are easy to spot in the lower console, the switches for the Lane Departure Warning and Forward Collision Mitigation in the lower left part of the instrument panel. The automatic headlamps are switched on at the end of the turn signal stalk. 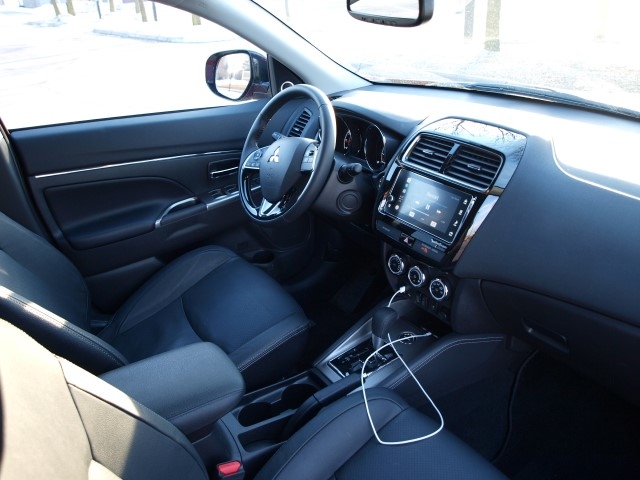 The rest of the Outlander Sport’s interior remains the same, familiar and quite good. You just have to sit down in those big seats up front. A bit more bolstering in the seatback might help to keep us locked in a bit more. Room for five is possible. Rear seat comfort is very good overall. This tester came with a panoramic roof with LED lighting accents. Though one would want a sliding part to open up, there is an uninterrupted pane of glass to see what’s above for the passengers’ enjoyment.

Cargo space is generous, starting at 21.7 cubic feet with all seats up, expanding to 49.5 cubic feet all the way to the front seats. In all, it is a tall and wide space to load up for the journey. One thing to keep in mind when loading up the rear: watch out for the Rockford Fosgate subwoofer, if equipped.

The infotainment system came with Bluetooth connectivity for Apple CarPlay and Android Auto. Nine Rockford Fosgate speakers take care of the rest, emitting 710 watts of clean sound around the cabin. 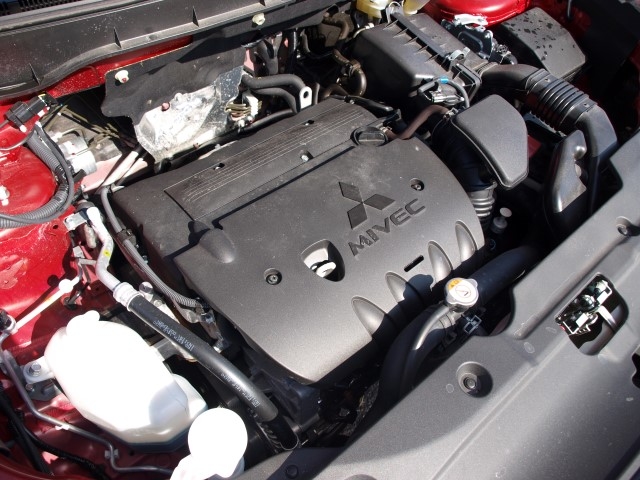 Though you can get a 2.0-liter engine for the ES and LE models, the better choice is the 2.4-liter four-cylinder MIVEC engine. With 168 horsepower and 167 pound-feet of torque, this is the engine you need for every situation, such as snow, ice, and heading down a gravel road. Mitsubishi connected this engine to the Continuously Variable Transmission and offers this in both front-wheel drive and All-Wheel Control on our tester. In terms of fuel economy, we averaged 25.7 MPG.

When driving the Outlander Sport, you will appreciate how well it goes about its business. There had been improvements on ride quality thanks to an approach toward a balanced ride that absorbs bumps and potholes extremely well, even with an 8.7-inch ground clearance. That ground clearance also yields softer corners with some lean and roll through the turns. The steering wheel is perfectly weighted for better control and on-center feel, yet it adequately provides enough effort in turning. It has a tight turning radius, which makes getting out of tight situations easier. Brakes are very good with good power on normal and panic stops.

The main reason why many of us bought Outlander Sports was that of its overall value. The base price for an ES 2.0 model with front-wheel drive and a manual transmission is $20,395. Our SEL 2.4 with AWC came with a sticker price of $29,110. 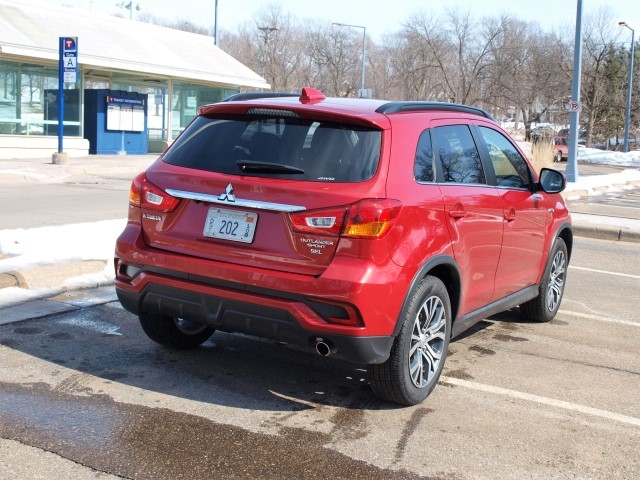 To talk about the Mitsubishi Outlander Sport again is to bring up two developments that have challenged our favorite subcompact SUV. For one, it has a lot of competition these days. This year alone saw the introduction of the Ford Ecosport, with the Nissan Kicks coming soon to replace the Juke. Every mainstream manufacturer now has a challenger against our favorite vehicle in this segment.

However, a visit to a Mitsubishi dealer will also yield some company alongside the Outlander Sport. The larger, coupe-like Eclipse Cross has just arrived to compete in the high-stakes battle for the highly popular compact SUV segment. Does that mean that our favorite small SUV will shove aside for its newborn angular sister? Mitsubishi would like us to embrace the new SUV, as long as we pay $2,900 more for one above the Outlander Sport.

But for those of us who want an honest value in a subcompact SUV and would prefer something that can do the job well and keep us happy, then your choice is simply the Mitsubishi Outlander Sport.