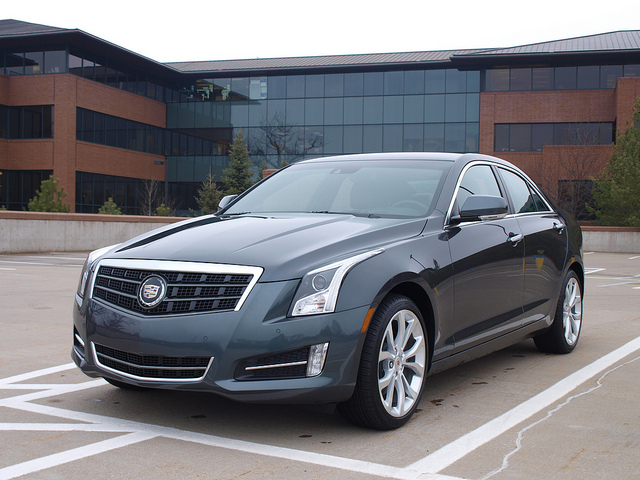 It began with a search for a hero. For years, American automakers were looking for a hero. It would have to be one that would play on an equal field with the best vehicles on the planet.

The mission was to target this hero against the most accessible premium car of all–the BMW 3-Series.

At every turn, all three domestic automakers could not even come close. The cigar was still elusive. Then, a flash of brilliance came across Detroit, specifically, from the banks of the Detroit River. What happened turned into a story that drew lines between defenders of Detroit and German automotive might.

It turned out that General Motors came up with an idea: Why not make a Cadillac to compete directly with the 3-Series?

After months of teaser videos from the Nordschleife course at the Nurburgring, the new Cadillac was unveiled at a private media event before the start of the North American International Auto Show in Detroit. While some of its competitors were making their North American debut inside Cobo Hall, the buzz about this new small Cadillac was off the scale. 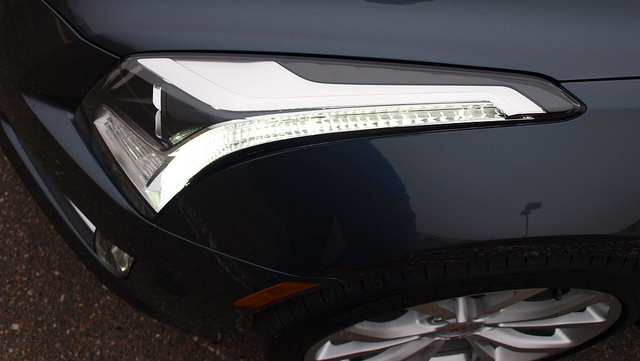 Then came Super Bowl XLVI. Cadillac presented their new car in a commercial with an audacious statement at the end. After a sequence of more racing around the track, the final line of the narrative made it clear that this new car would send its competitors back to “Green Hell,” the nickname of the Nordschleife.

The new car–the Cadillac ATS–was born to battle. It was presented as the car that would take us away from our BMWs, Audis, and Mercedes-Benz. It made a strong argument against the Lexus and Infiniti as the alternative to said German contenders.

But…is it for us?

It begins with the newest interpretation of Cadillac’s Art&Science design language. On a smaller frame, the ATS combines traditional Cadillac design tenets with modern angles and lines befitting of a car in its class. If you think about it, Cadillac follows a similar pattern as its competition by incorporating its key design signatures for every generation of their vehicles.

There is an edge to the ATS’s overall look. There is nothing restrained about its bold grille, the crest-and-wreath badge, illuminated door handles, vertical headlamps, and rear fin tail lamps. Amongst its competitors, the Cadillac is the most distinctive car in its class. It is unmistakably bold and aggressive. 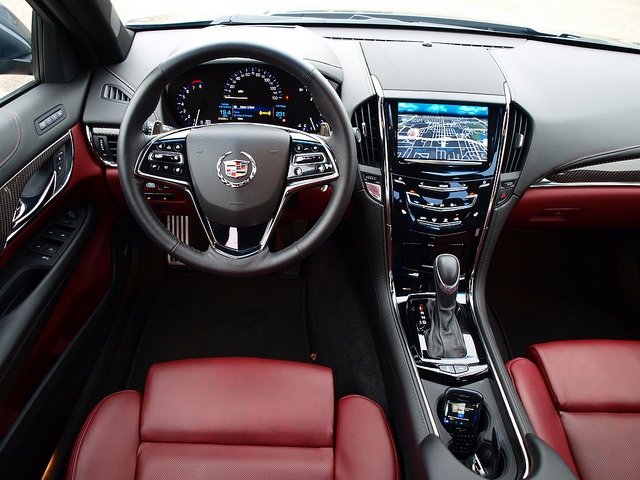 Step inside the ATS and the theme continues throughout the cabin. There are plenty of distinctive Cadillac touches all around, considering the tasteful touches of chrome along with new textures never seen with this brand. Who would ever thought to drive a Cadillac with carbon fiber trim?

However, Cadillac has taken it a step further thanks to a very distinctive center stack. It is crowned with one of the most talked-about bits of vehicular technology this year: The Cadillac User Experience (CUE).

CUE takes the infotainment suite up a few notches. For one, you are entertained with a series of screens, including the big center screen above the center stack. Though the functionality may be familiar to anyone who uses a screen-borne infotainment system, CUE also employs both haptic feedback and pinch-touch zoom. The initial buzz over the CUE focused on how it feels like an iPad to operate. There is also voice recognition functionality, which is perhaps one of the best in the business. In all, CUE is not perfect, but once you get the hang of how to use the main screen and set up all of the presets, you should be fine.

Another point about the CUE is its intuitive navigation screen. Normally, you would see a map floating around on the screen and see your position move accordingly. With CUE, there is a three-dimensional quality to its main readout screen. If you approach a downtown, it shows you images of the skyline as exactly seen from a camera, but in a CGI-like readout. Imagine driving down Marquette Avenue only to see you drive “through” the IDS Tower and Wells Fargo Center. This is true geekery in motion.

Sound from CUE is filtered to ten Bose surround sound speakers. Radio and media functions work through the screen, including SiriusXM satellite and HD Radio broadcasts. There is also Bluetooth connectivity with your phone with a real touchscreen interface on the CUE’s screen.

Seating inside the cabin is quite appropriate for a sports sedan. The front seats may appear to be a bit hardcore for a Cadillac, but the enthusiast would be thoroughly entertained. Choosing the red leather seats guarantees the entertainment value – if not raising the coolness factor. There are enough adjustments to ensure a sporting seating set-up behind the wheel from thigh adjustments to a power lower lumbar bladder. These seats are designed for action, not leisure.

You might think that the ATS would feel more appropriate as a grand touring coupe than a four-door. The reason is the back seat, which may not fit the average-sized adult, let alone anyone with larger feet. The foot wells seem a bit small for a sedan. 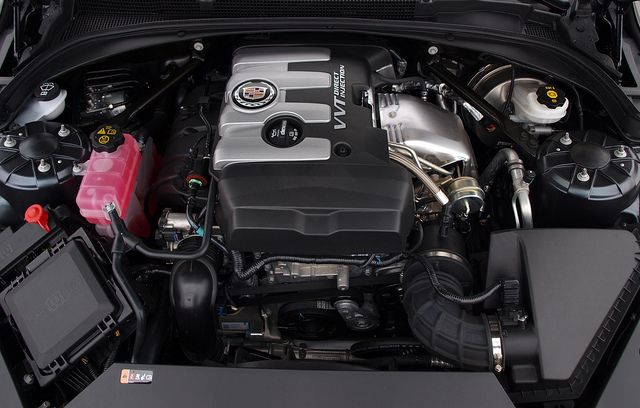 The real story of the ATS lurks a foot or so in front of the driver. There are three engines available for the new small Cadillac. This example has the 272-horsepower 2.0litre turbocharged four-cylinder under the hood–the choice amongst enthusiasts for this car. It is a very good choice indeed. There is no turbo lag, so the power is immediate from the accelerator pedal. You are entertained by a wonderful noise from the exhaust as the turbo simply goes through the gears with ease. If you do not like turbos, a 3.6litre V6 is available with 321 horsepower on tap. For those of you who are not into performance, the standard 202-horsepower 2.5litre engine is available on only a couple of trims.

Connected to the turbo four is a six-speed automatic transmission with all-wheel drive. The driver has plenty of options to control the shifts, including a pair of paddle shifters on the back of the steering wheel. In all, this is an absolutely superb driveline keeping the power down to all four corners of the car. The eighteen-inch alloy wheels shod with Michelin all-season Primacy MXM run-flat tires add to the package by putting down some serious grip with some moderate road noise as a drawback.

In terms of the ride/handling mix, the ATS has two choices: Touring and Sport. You always start off in touring which mixes a smooth ride, decent handling, and a somewhat loose steering feel. Touring is good if you are on the highway gobbling up long distances. The ATS does handle with minimal body roll and good feedback from the road.

If you choose Sport, you get a better handling mix. Sport eliminates body roll and tightens up steering feel both on-center and in the curves. Steering action is perfectly weighted for better control in Sport. The flip side of Sport mode is the ride where its firmness is felt through imperfect road surfaces. Warped highways are usually felt through the cabin which normally would prompt one to switch back to Touring mode. 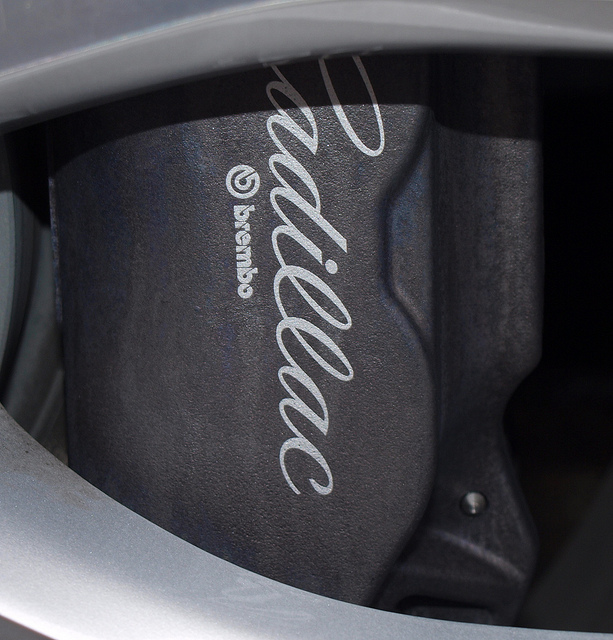 Between Touring and Sport is the feeling of driving one of the best Cadillacs ever. In either mode, steering is very sharp in turning radius and overall feedback. Braking is superb, which is what you expect out of a set of Brembos. The ATS is a poised machine designed for enthusiastic driving or a good ride home from a long journey.

Being a performance sedan, fuel consumption is a strong consideration when examining the ATS as a viable option. The turbocharged Premium model returned a 22.7MPG average, which is honestly what was expected.

Pricing-wise, the ATS starts off at $33,990 with just the 2.5litre engine and rear-wheel drive. This turbocharged, all-wheel drive Premium collection tester was at the top of the line, coming in at $51,705. If you consider the market segment, these prices are just about right with the competition. 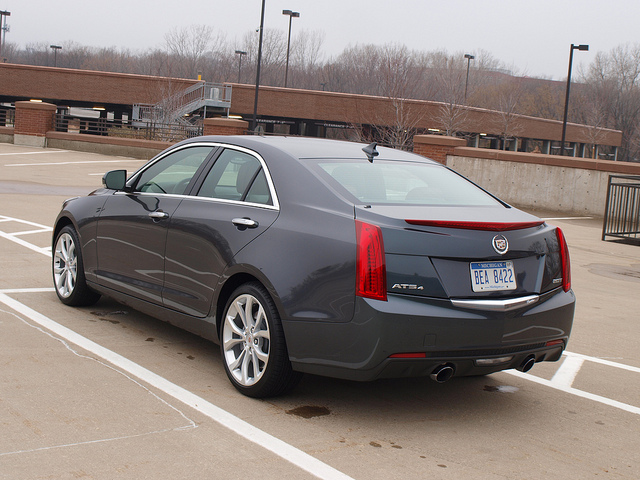 The Cadillac ATS is just a fantastic car. It is a dialed-up sports sedan that is positioned right at the most popular part of the luxury car spectrum. While it does various things well, if not better than its competitors, it is a hard sell. Consumers of luxury brands are loyal to the core and have already scoffed at the ATS as an upstart without pedigree.

There is another approach to the ATS. It may be new to this “compact” premium sports sedan market, but it is not exactly an alternative. The ATS is a Cadillac for the present time: designed, engineered, and executed right at the volume core of its segment. It breaks the mold by thinking globally, but acting locally. The ATS does so with a certain swagger befitting of its audacity in its marketing.

This car is a story still worth telling every year.