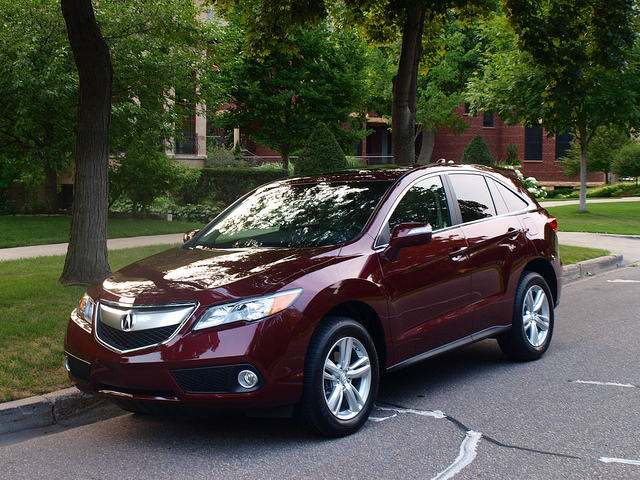 There is still gold to be mined in the compact crossover marketplace.

To mine this gold, oil prices would have to remain high. That also means a fluctuation of pricing at the fuel pump. Once these prices drop, consumers will go back to larger vehicles again. It is a simple matter of economics compounded by consumer trends, even if these trends are short-lived.

Yet, the segment continues to grow. The fact that these five-to-seven passenger, easy to drive crossovers attain moderate fuel economy, these vehicles have weathered fuel price fluctuations with continued strong sales on each model offered in this country. The growth in this market not only benefitted mainstream brands, such as Chevrolet, Honda and Ford, but of premium brands as well.

Perhaps this assessment of the smallish crossover segment is a bit boring for all of us. Economics is something for the pundits at The Wall Street Journal, CNBC and FOX Business can parse out and regurgitate. What we want to know is whether the new 2013 Acura RDX is an improvement from the last model.

The RDX had been seen as the unsung hero amongst luxury compact crossovers. Somewhere behind the Audi Q5, BMW X3 and Volvo XC60 was a front-wheel-drive based, shield-grilled little bugger that exuded more technology than most of its ilk. For only having a turbocharged four-cylinder engine, the RDX was seen as an alternative – to the alternative. The Acura sat in the back of the class, though it did attract a loyal following of premium brand buyers that liked the idea of being completely different, if not tasked to drive such a polarizing vehicle. 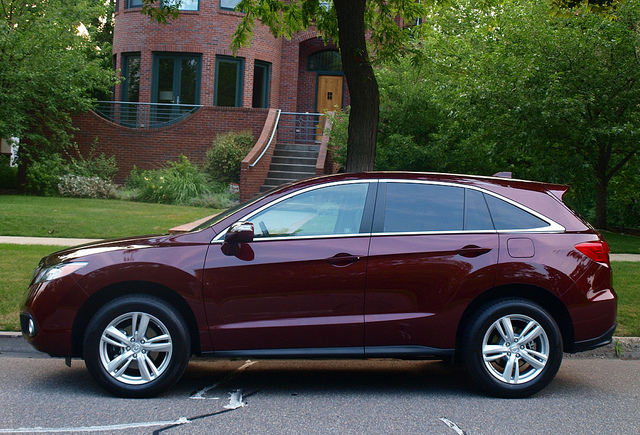 American Honda went back to the drawing board with a mission in mind: Make the Acura RDX more attractive to consumers in the segment. It worked for BMW after its first iteration of the X3 drew the ire of practically everyone except those who bought one. Sales of the current X3 skyrocketed during its first year thanks to an improved, more attractive design and better execution.

If it worked for BMW, did the same strategy work for Acura?

Initial sales already indicated a trend that the RDX is gaining traction in the marketplace. If you go to an Acura dealer, you might not find one immediately. The Ohio-built crossovers are indeed hot items. It also helped that the pundits gave plenty of positive feedback on the RDX. So far, so good…

To understand the initial reactions to the RDX, you have to look at it. It is a very handsome package. The taut size and lines shape an attractive silhouette with varying creases, textures, curves and lines. The RDX was designed to entertain the eye, not polarize it.

Every detail went unnoticed. The Acura shield, a design element now commonplace with Honda’s premium brand, received some sculpting. The side glass profile and the liftgate simply attract the curious and excite the enthusiast. Big eighteen-inch wheels finished off the Basque Red motif just right. Compared to the muscular TL sedan reviewed previously, the RDX shows a sensitive, but elegant side to Acura. 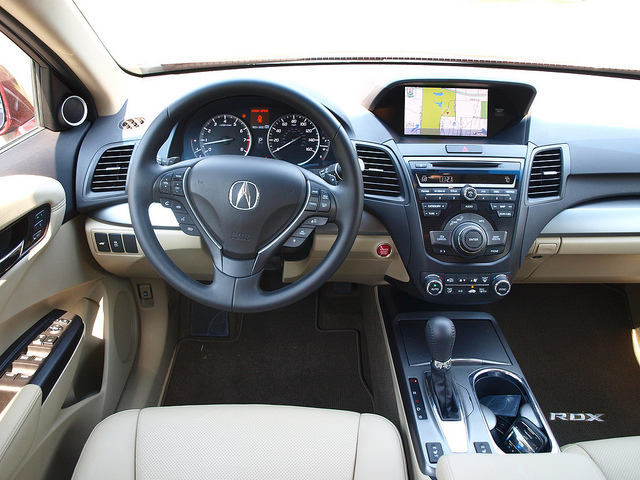 The same theme was found inside the cabin of the RDX. There are many of the brand’s cues inside. Start with a big TFT screen in the middle of a shrouded area topping the center stack. A big center knob controlled the TFT screen’s functions, which were pretty easy to figure out and use. Information came from two big dials in the instrument panel along with a small center screen for trip and vehicle functions. Gear selection was done in a non-obtrusive area right next to the driver. To start the RDX, all you do is press the red button on the dashboard – one of the unique touches found on Acuras today.

Getting used to the gadget-laden steering wheel may take some time. However, today’s Acura owners would show you some tricks on how to master the buttons dotted around the wheel’s center hub. When you set up your infotainment options – Bluetooth connection for the mobile phone included, all you need to do is to ensure that the voice recognition works well with your speaking style.

The Parchment leather seats were a welcoming sight to top off the two-tone interior motif. The front seats were big, comfortable, and offered many adjustments for drivers of all sizes. There was some bolstering, but not enough for more enthusiast tastes. Rear seats are thick and offer comfort along with ample leg and head room for adults. The RDX does not come with a third row of seating – which is probably for the best. There was more than enough room in the cargo hold for a weekend away or a night at the drive-in movie.

Acura’s ELS Surround sound system offered up 10 speakers of fantastic sound. XM radio joined the usual AM/FM and CD/DVD playback in the audio system. The Bluetooth connection worked not only for your phone, but also for your audio files on said device along with connectivity for the AcuraLink system. Navigation is part of the Tech Package and offered exact positioning.

One note regarding the ELS Surround audio system: Take the RDX to a drive-in movie. The sound rivals that of a movie theater. 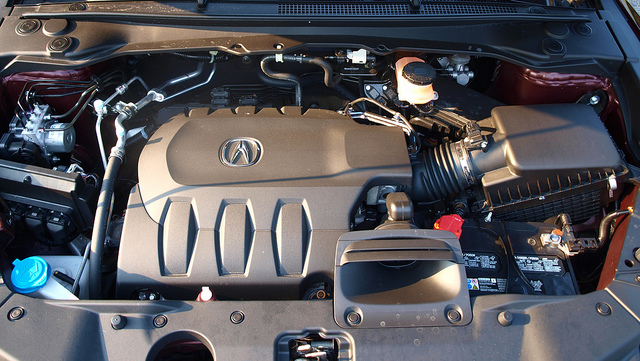 Under the hood is Acura’s (and Honda’s) familiar 3.5litre V6 with dual overhead camshafts, four valves-per-cylinder and… With 280 horsepower on tap, the RDX’s V6 winds through the revs quite nicely – whether driven normally or a bit more spirited. Do not let the 251 pound-foot of torque number fool you. There was plenty of low-end grunt, sending the 3,800 pound crossover down the highway with ease.

The V6 is connected to a six-speed automatic gearbox with power sent to all four wheels. Just like all Honda/Acura transmissions, this one was very good. Shifts were unobtrusive and sure.

With the spirit of the TL under the hood, one would forget that it the RDX a crossover and not a premium mid-sized sedan. Driving dynamics are on the soft side, but expected for a vehicle of its sub-class. You get a smooth ride that does its best to absorb road imperfections and bumps. Once you get the RDX onto a smooth piece of tarmac, it simply flattened out the experience. There was some lean and roll in the corners and curves, but not enough to cause alarm. Otherwise, the RDX loved every road it was asked to tackle.

Stopping power was very good in both normal and panic braking. The steering was pretty good. Cornering action from the wheel was very responsive and turns were made pretty tightly. In all, the RDX was a very light vehicle that is simply worth running around in every day.

Whenever a six-cylinder compact crossover shows up for review, I would have to gird for the worst possible fuel economy figures. To say that 19MPG is acceptable for such a vehicle could be seen as “defeatist.” This of course flies in the face of everyone else telling me they get better fuel consumption than I. In the end, the RDX turned an average of 21.7MPG – right where it was expected to be. 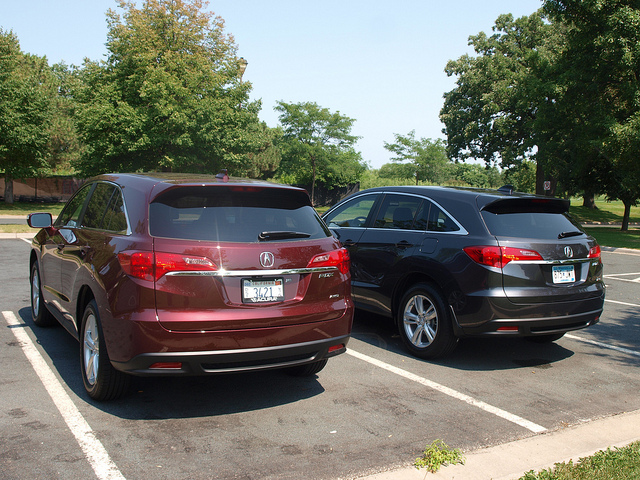 For being a luxury compact crossover, the RDX may be the best buy of the lot. At $40,315, it is an honest value when compared to the competition – an advantage of at least a few thousand dollars. This is one of the reasons why the RDX outsold the class benchmark, the BMW X3, by 200 units in June of 2012.

For the sake of argument, Acura did a good job of improving and elevating the RDX by creating value both monetarily and content-wise. By supplanting the previous generation’s turbocharged four with the proven 3.5litre V6 and tweaking the overall design making it more handsome and easier on the eyes, this luxury compact crossover now sits at the head of its class – for now.

However, it would be valid to argue that the RDX belongs where it should be because it offers up the one thing often overlooked in a crossover – “fun.” Another adjective that applies to the RDX would be “alive.” This is the kind of crossover that would deliver something good for the driver, while keeping everyone else comfortable, safe and secure.

All of this leads to one conclusion: Acura has struck gold in this sub-segment. The RDX should never be seen as some form of alternative, unless one is married to the Teutonic paradigm in the luxury segment. Ask the 3,090 owners who took delivery of one in the month of June.