Stephen Rhodes: Out Racing For Equality

With the increasing number of athletes coming out (especially in the past year) you might not have seen this one coming. Stephen Rhodes came out as he was trying to get back into NASCAR’s Camping World Truck Series, the third highest tier in one of the most popular sporting ventures in America. While athletes from football, soccer, basketball, and hockey (among other professional and amateur sporting arenas) have taken the step to publicly announce their sexual orientation or gender identity, motorsport is seen as one the last places you will find us. NASCAR, in particular, had a deep history of not being welcoming to GLBT folks. That has been changing, albeit slowly.

Lavender had the chance to talk to Rhodes from his home on Maui to find out where he is in his quest to return to NASCAR. 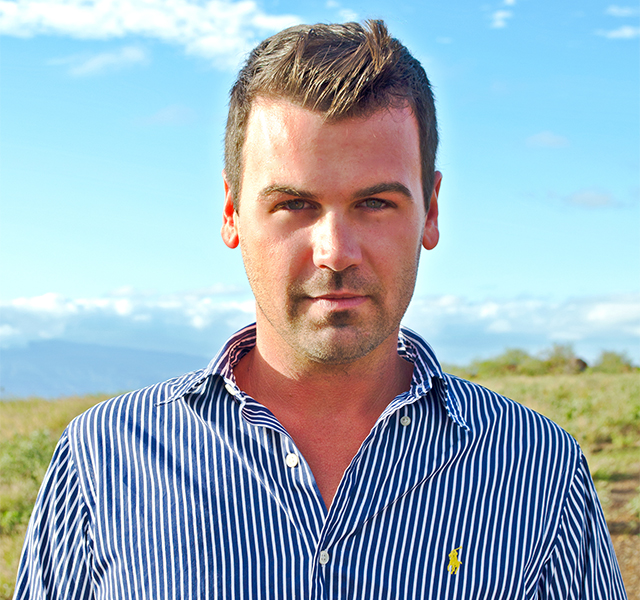 Tell us about your background. Where did you start driving? How did you get into the world of NASCAR?
Stephen Rhodes: Growing up in stock car racing’s backyard, Goldsboro, NC, I dreamed of racing at NASCAR’s highest level. In 1992, at the age of 8, I took the first step in making that dream a reality by climbing behind the wheel of a go-kart at Johnston County Speedway and Mitchell Road Raceway. A natural behind the wheel, I amassed 31 wins in 55 races during my first year of competition. That same season, I was named Rookie of the Year at Johnston County Speedway and finished second in the season point standings in both the amateur and junior stock divisions. The following year, I won 37 events across three different divisions at Johnston County Speedway en route to becoming the Season Champion in the Champ Star division.

By 1999, I had transitioned into racing four-cylinder stock cars. In addition to making select starts at North Carolina’s Caraway Speedway and Coastal Plains Raceway, I competed full-time at Wayne County Speedway where I was named Rookie of the Year and finished third in the championship point standings. The following year, with 20 starts, four wins, and 13 top-five finishes, I won the Four-Cylinder Stock Championship at Southern National Speedway in Lucama, NC.

In 2001, I took the next step toward my career in NASCAR’s upper ranks by competing in the NASCAR Late Model Stock Division at Southern National Speedway and Coastal Plains Raceway. After tallying back-to-back top-five finishes in the season championship point standings at Southern National Speedway, I got a chance at racing in one of NASCAR’s top three national series.

I joined the NASCAR Camping World Truck Series (NCWTS) ranks in 2003, where I competed at Mesa Marin Raceway in California and Martinsville Speedway in Virginia and recorded two top-30 finishes. When the NCWTS team I was competing with ceased operation, I returned to NASCAR Late Model Stock Competition in my home state of North Carolina where I have since competed on a part-time basis.

When you were going through the NASCAR ranks, what accomplishments did you make? What were some of your setbacks? What lessons did you learn along the way?
SR: Too many to mention them all but I will do my best!

I was fortunate enough during these times not to have some of the setbacks most other drivers can have: I had sponsorship, top notch equipment, and frequent practice. The family business was able to put the absolute best into every car I had. I learned a lot along the way. Patience and respect are two of the ones that I still carry with me today. You need both of these to be a great driver. 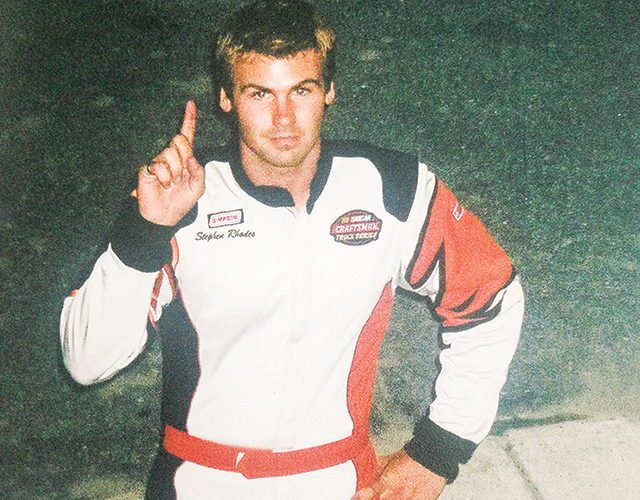 Being #1. Photo courtesy of Stephen Rhodes

The only season that came up in your record was in 2003 when you were in NASCAR’s truck series. Not much was recorded since then. What happened after that season?
SR: After the 2003 season in the truck series I returned to the NASCAR Late Model Stock series at Southern National Speedway, these types of races aren’t typically recorded on the level the upper divisions are.

How would you describe your driving style? How different, or similar, is it from your competitors in NASCAR?
SR: I would describe my driving style very similar to my my idol, the late Dale Earnhardt. Fearless. However, as you grow in the ranks it does get more and more expensive so you have to respect the cost of these machines. In some cases you can’t be a fool and ruin a $100,000 race car.

When did you come out? How did you get to that decision? How did your family, team(s), and fans take it?
SR: I came out when I was seventeen years old. Coming to the decision to do so was easy, it is who I am. Family, teams, and fans for the most part were all pretty receptive. I don’t think I did a great job hiding it at that stage in my life anyway. It was the best feeling when my now-husband attended my races; it makes you feel complete and not in hiding. 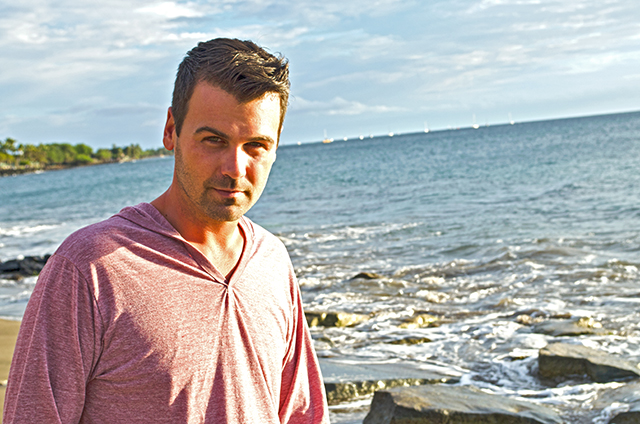 NASCAR has always been seen as a tough place to be out. Is this still true? How are you seen by NASCAR and in auto racing as being out?
SR: NASCAR, like most sports, has come a long way. It is 2015, not 2003 anymore. We all as humans have come to a better place of respect and understanding. It still isn’t easy all the time but I think as a community we’ve even grown on how to react or deal with situations when we run into others that aren’t comfortable with accepting it.

You are trying to get back into NASCAR Camping World Truck Series. What is the latest on the efforts to do so?
SR: The latest efforts are the most positive results I have had in years. It’s amazing how things come full circle sometimes. I can’t legally name names right now so I will say that from my first start in the NASCAR Truck Series to what potentially could be a partial Truck Series run this year involves the same PR Team. Couldn’t be happier. We are awaiting a response that is supposed to come next week.

How hard — or easy — is it to secure a team, sponsor, and a ride in any of NASCAR’s three major series? Walk us through how important having sponsorship is for a driver in NASCAR? What kind of costs are involved in running in this truck series?
SR: First you have to have a really good [public relations] team, these can range from $2,000 to $10,000 a month. The PR team is really the one that puts all the deals together; it contracts and sources the team, etc. The main focus is finding sponsorship as this sport is insanely expensive. You’ll need a minimum of $2 million per year to run in the Camping World Truck Series and that will get you to middle of the pack. To run competitive in this series you need $4 million per year. Obviously this is no easy task as even the big names in NASCAR can sometimes have trouble. Sponsorship is key, as it will determine where you go with your career or what team you get to run for. 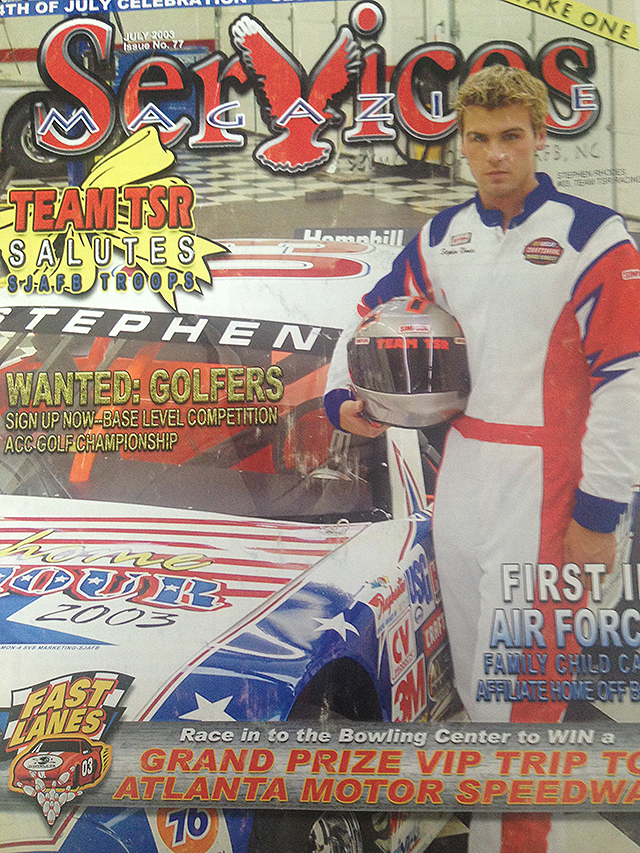 You are probably one of the few drivers I know that has his home base in Hawaii. How much does living there help in keeping your dreams of returning to NASCAR alive? What have you been doing other than competing to keep things going in your life?
SR: Although I’m currently living in Maui I still consider my home base North Carolina as we still have our homes there and go back and forth often. I have connections throughout the NASCAR world and stay in constant contact with them. My dreams of returning are closer than they have ever been thanks to some great people doing great things for me. These people believe in me and have the avenues I need to return. Other than surrounding myself with people like this and continuing to follow the sport closely I am always reaching out to new people that may or may not be able to help me. I’m a true believer in [it’s] who you know, not what you know. It’s worked well for me in life.

Is it important to be a beacon for your fans as being an out race driver? How are you doing so?
SR: Yes, I think it’s important as I have a platform to educate. I am involving myself in things that mean something to our community like Equality NC [The Human Rights Campaign], and other gay rights organizations. I want to be front and center as America’s first openly gay NASCAR driver fighting for equal rights.

If you do get a ride in NASCAR, what approach would you take to be out in the sport?
SR: My approach would be to use the platform and recognition that will be a media frenzy to really allow people to understand and educate themselves that we as a gay community deserve the same respect as anyone else in life.