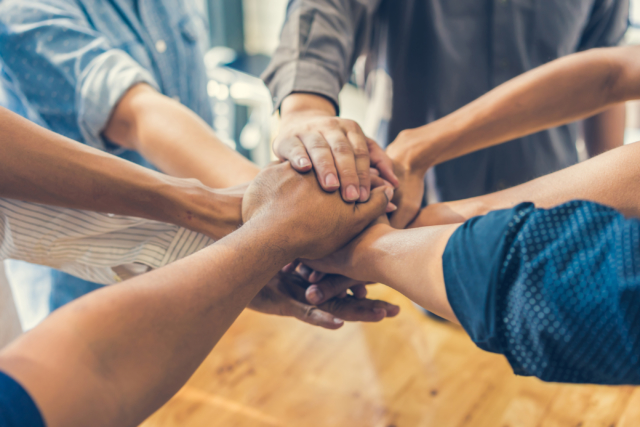 Photo courtesy of BigStock/I Believe I Can Fly

In the last couple weeks, I’ve had two conversations that have impacted me greatly. In each instance, the person I spoke with was a black man.

One conversation followed a talk I gave at a law firm in Kansas City. That talk—”#MeToo: A Transwoman’s Perspective‘’—centers on what it’s been like living as female compared to when I presented as a man. (I transitioned genders in 2009 at age 52.)

Part of my Kansas City talk focused on how women need to look out for other women. I spoke of how we must avoid classism and how it’s obligatory to reach out to low-income areas and communities of color to help women and girls obtain better footing for success. It was, in part, a strident call to action which clearly had the potential to make the power people in the room (read: men) uncomfortable by reminding how they marginalize women and those who lack voices in our society.

As I gave that talk to mainly white people, a larger (what I’d call “teddy bear-sized”) bald fortyish black man in the front row smiled and nodded at many of my words. I sensed I was encroaching on various invisible lines in the room—after all, law firms are not usually bastions of progressivism—and the man’s friendly affirmation helped me remain confident in my approach.

Later, the man and I spoke. He and several other board members for the local GLBT Chamber of Commerce had been invited to the law firm for a meeting on various matters including my talk. I joked with this man about how he had a wonderful smile and how seeing it ever-present during my talk helped give me the confidence to say what I thought was necessary. I even asked if I could hug him because I was so appreciative.

One of the things this man said in response was, “Ellie, because you’re white, you can get away with saying what you did about helping women of color. I could never say that; people would react far too negatively if the words came from me or another person of color.”

While I intuitively understood this about our society, hearing a black man say it so further enlightened me that I’ll never forget the conversation. Or the sadness that this reality brought to my heart—why do we allow the color of one’s skin to dictate the validity of their words?

The second conversation of significance involved my interview of a black Twin Cities community leader who has done much to heal racial divisions and push forward communities of color. During our conversation, I had the opportunity to learn much about him and he got to know me and hear about my work as a speaker on diversity and inclusion, particularly the latter.

As I wrapped up my interview and thanked the man for giving me his time, he said, “And thank you for what you do, Ellie. You don’t simply champion your group, but instead you champion everyone. That’s pretty unusual.”

I was really humbled by those words since this person had achieved far more societal change than I ever could imagine accomplishing.

And once again, reality sank in. It is true that I do champion ALL HUMANS with my work—I don’t see it being enough to simply speak up on behalf of transgender folks alone (although for sure I work to protect my community). No one has a monopoly on surviving oppression, and for sure, we all have so many more commonalities than differences. When we allow our specific identities—our “tribes”—to become the reason to seek respect, we blind ourselves to the need for recognizing that all humans—regardless of skin color, GLBT status, religion, veteran status and the host of other things we use to group humans—deserve basic respect and fulfillment of core needs like housing, health care and employment.

As Amy Chua writes in her new book, Political Tribes, “(W)hat is needed is one-on-one human engagement, which is hard precisely because of how divided we are. But anything worth achieving is difficult. When people from different tribes see one another as human beings who at the end of the day want the same things—kindness, dignity, security for loved ones—hearts can change.”

Your takeaway here—if you’re so inclined—is that we all need to have each other’s back, something that we can’t even begin to do if we continue to group and label humans around their various identities. Having the conversations with these two humans—forget about the identity “black men”—is proof that when we allow ourselves the time and opportunity to talk one-to-one with each other, we can learn (or relearn) critical things.

Reach out to another human who is different than you. Our collective existence depends on it.