Response to Community re: Lavender Issue 550 Editorial “Spirit of ’76 (A Coward Strikes Again)” 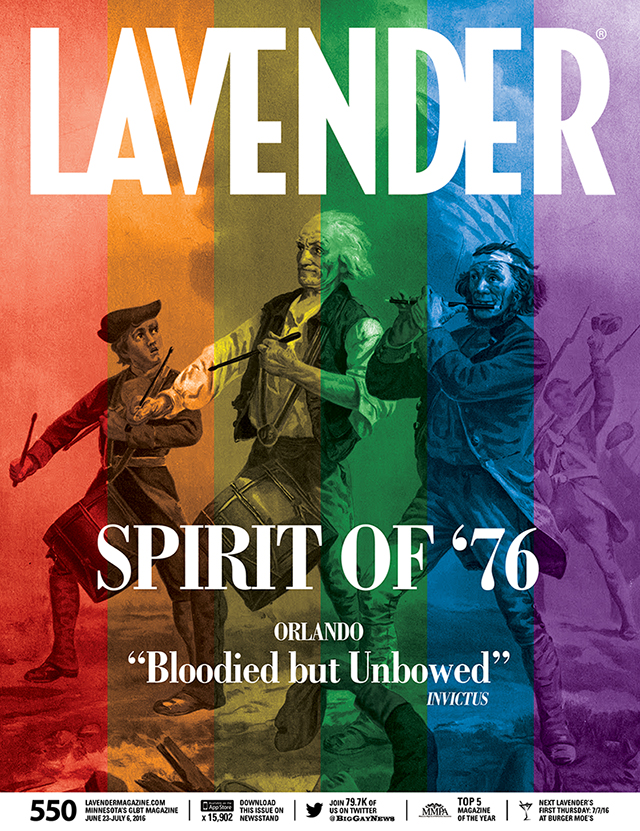 Response to Community re: Lavender Issue 550 Editorial “Spirit of ’76 (A Coward Strikes Again)

We sincerely thank those who wrote by email or comment for sharing their welcomed perspectives.

The poem quoted on the front cover of Lavender’s Issue 550 is called “Invictus.” The Victorian era verses were the inspiration used by a great man who stood up to the oppression against him because of who he was. He refused to yield no matter what was done to him: psychological torture, life in prison at hard labor, or even the threat of death. “Invictus” was a catalyst for Nelson Mandela and President Obama quoted the poem at his 2013 memorial service. The image of the “Spirit of ‘76” was chosen to evoke a memory of a time when this country worked to put the Constitution before any of the religious beliefs that the new inhabitants of this country brought with them. We want to remind people of the importance of the Constitution and the separation of Church and State again in the wake of this tragedy in Orlando.

Omar Mateen was torn internally between inculcated doctrine and natural sexual feelings. This inner conflict was entangled in deep religious roots, whether his or others. This case is far from the first to suggest a causal relationship between religious self-hatred and gay homicide. Minneapolis-based Center for Homicide Research is a volunteer-driven nonprofit that has seen cases of self-loathing individuals struggling with incompatible Christian teachings, and killing their own.

While his background was Muslim, Islam is not the only religious background that has taught intolerance regarding this community. And, we acknowledge that many changes are happening within religions to combat these intolerances today in 2016. But, consider that a number of the victims of the shooting were from Puerto Rico, which is largely still intolerant of same-sex marriage, with the Pew Research Center citing 55 percent of Puerto Rico to oppose same-sex marriage, being 72 percent of Protestants and 45 percent of Catholics. Many of the 49 victims had experienced their own homeland’s religious intolerance before one man’s conflicted ideas terminated their existence.

We are standing up for the 49 people who were murdered for who they are. A problem defined is half-solved. We acknowledge the role religious beliefs can play in fomenting internalized homophobia. We see it in how people are raised as being considered sinners simply for being who they are to legislators continuing to fight against equal rights for this community through their “Religious Freedom Restoration Acts.” It is no wonder that this community is targeted.