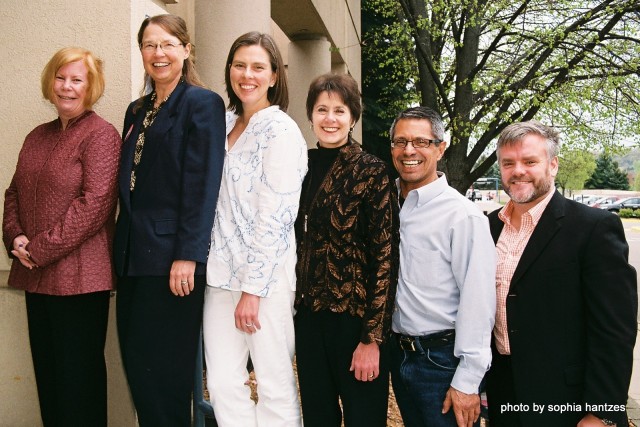 Psychology isn’t just a heady area of study for intellectuals and Freud-worshippers; this April, psychology is now a tool to support marriage equality for the GLBT community. At their annual convention on April 20-21, the Minnesota Psychological Association officially released their formal statement opposing the constitutional marriage amendment. Dr. Marge Charmoli, the chair of the Marriage Equality Task Force, states, “As we all know, the discrimination of marriage inequality is the civil rights issue of our time.  I believe that this is an opportunity for our community to learn about the unique and influential role that psychology is playing in this debate.”

According to a press release from Dr. Charmoli, “The Minnesota Psychological Association has come out as being opposed to the constitutional marriage amendment which will appear on the ballot this fall.  They have also come out in support of marriage equality for same-sex couples.  Their decision to take a stand on this issue is based on a solid base of scientific research which documents the harm of such anti-gay initiatives and provides support for marriage equality.”

The MPA’s Position Statement on the Proposed Constitutional Amendment on Marriage uses psychological studies and research to show that denying marriage equality is detrimental to the psychological health of GLBT people. According the the MPA’s research, “The denial of civil marriage, including the creation of legal statuses such as civil unions and domestic partnerships, stigmatizes same-sex relationships, perpetuates the stigma historically attached to homosexuality, and reinforces prejudice against lesbian, gay, and bisexual people.”

This denial of civil marriage, and the stress it causes, adds to what is called “minority stress” or “additional stress beyond that which is normally experienced by the heterosexual population.” Minority stress may be relieved, the MPA suggests, by “policies supportive of lesbian, gay, and bisexual people’s human rights.”

The MPA’s official Position Statement also provides evidence that there is no psychological difference between homosexual and heterosexual relationships. Simply stated, “People benefit by sharing their lives with and receiving support from their family, friends, and other people who are important to them…Many gay men and lesbians, like their heterosexual counterparts, desire to form stable, long-lasting, and committed intimate relationships and are successful in doing so.”

Also, the MPA states, “Homosexuality is a normal expression of human sexual orientation that poses no inherent obstacle to leading a happy, healthy, and productive life, including the capacity to form healthy and mutually satisfying intimate relationships with another person of the same sex and to raise healthy and well-adjusted children, as documented by several professional organizations.”

Through the accumulation of their data, the MPA has decided to oppose “the proposed amendment to the State of Minnesota constitution which would limit the definition of marriage to being between one man and one woman.”

But this official opposition of the marriage amendment isn’t the first time psychological associations have spoken out in support of marriage equality. In the past, the American Psychological Association has filed amicus briefs (official statements to be included in court cases to advocate for a particular legal change—in this case, marriage equality) in two Supreme Court decisions in California and Iowa. Notably, out of 45 amicus briefs filed in the 2008 California decision, the only one that was cited was that of the American Psychological Association.

Dr. Charmoli also notes, “In addition to those contributions, psychologists have provided expert witness testimony in the Prop 8 Trial to document the psychological harm that marriage inequality created for  GLBT people. The work of those psychologists was heavily cited by Judge Walker in his decision to overturn Prop 8.”

The support of the Minnesota Psychological Association and the American Psychological Association in the fight for marriage equality not only strengthens the movement, but it also adds pertinent scientific research to support marriage equality. With such logical and accredited evidence reinforcing the cause, it’s difficult to understand why people are still against allowing all citizens to have access to the right to marry.