From the Editor: Politics as Usual?

Halloween and Politics: Two subjects that our publication should be soaking in until our fingers get pruney.  The season is changing, the costumes are coming out, and the politics are borderline gruesome—as usual. 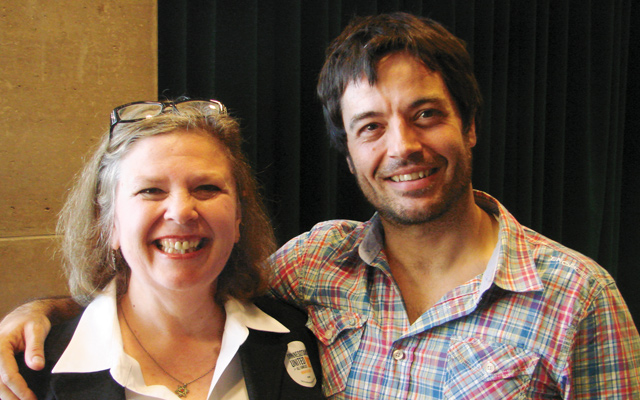 I ran up to Duluth for a day this past week and landed smack dab at the right place at the right time.  I wasn’t supposed to be there—it was a whim.  My friend Chrissy is a faculty member at the University of Minnesota in Duluth and I arrived at her office door on National Coming Out Day just in time for a special 6th Annual National Coming Out Day Luncheon. I joked that only I could manage to take off a day and head up to the North Shore and end up at a Coming Out Day event. Timing.  It’s all in the timing.  And what a time it was.  The ballroom was full of people observing a day that demands reverence and celebration.  We listened to Deborah Petersen-Perlman (top, left) recount the history of National Coming Out Day.  UMD student, Sovann Khong (middle), told us of bullying and being locked out of his own home as brutal accents of his own coming out story. Jake Caceres (top, right) regaled us with “The Caveman Song” which was a crowd-pleaser to say the least.  Gary Anderson (lower, left) gave a moving update of what’s going on with Duluth and Minnesota United for All Families and Angie Nichols (lower, right) ended the program, leaving us all with a sense of empowered togetherness. 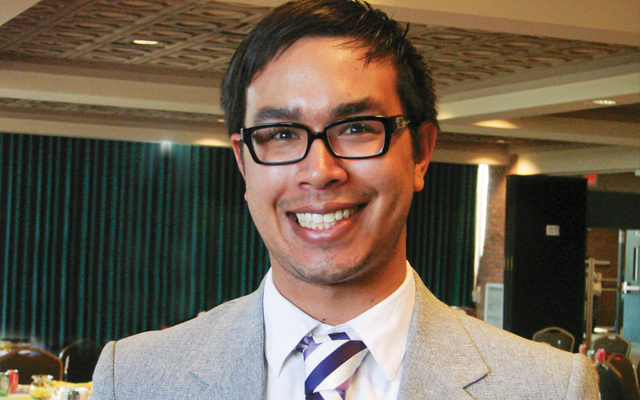 Sitting there, I looked around at a group of people that was gathered for greatness.  I thought about how these issues of bullying and civil rights are drawing us out in greater numbers.  How, by being drawn out and united, we’re actually making the world smaller.  I certainly didn’t feel like I was in a ballroom on a university campus 160 miles from where I’d started that morning. I could’ve walked into an event happening downtown and been hit with the same purpose, the same sense of accomplishment, and the same sense of unity.

Unity.  As you read through this issue, think of the politics that are presented.  We’ve got five of the more recognized parties speaking out in these pages—many of which talk about personal agency and rights.  Oddly unifying. From the people of faith to the atheists against the marriage amendment, there are differences to be sure.  But, there are so many points of unity.  There is an abundance of ways to make this world smaller as we fight the same fight toward the same goal: Rights.  Civil, human, equal. 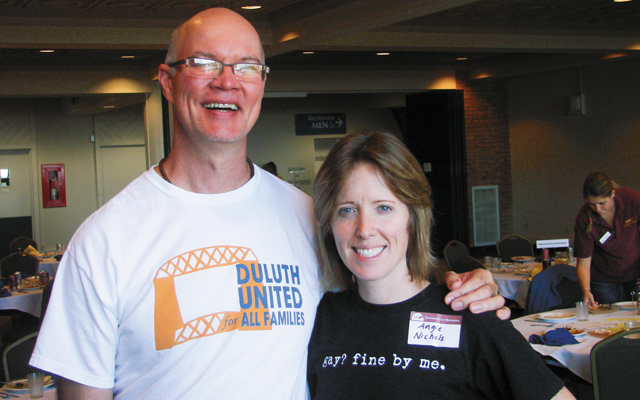 Sometimes it’s being in the right place at the right time…and sometimes it’s simply walking out the door and looking around.  Look around.  See each other.  Feel stronger.

As the only GLBT publication in the region, Lavender is there with you.  We’re unifying and presenting information to foster a continued discussion.  I really mean it when I say that I’m committing Lavender to this conversation.  Please hold me to it.