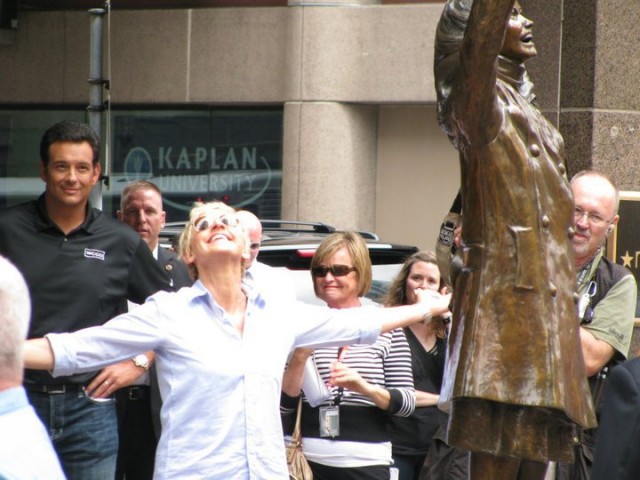 A bullied student herself, Butler started her campaign to convince the Association to drop the film’s rating to “PG-13” to allow middle and high school students to view the movie; Butler appeared on the Ellen DeGeneres Show and was thanked for her efforts. DeGeneres reminded her audience, “You can’t show R-rated movies in schools, and that’s exactly where it needs to be shown.”

The MPAA, meanwhile, continues to resist calls to lower Bully’s rating to “PG-13,” and told Butler in a meeting they were not yet considering a change. Part of the MPAA’s rating is due to its strong language, which DeGeneres termed, “adult,” but which is “the language bullies use.”

“We delivered more than 200,000 signatures to the MPAA,” said Butler, “sending a loud and clear message that Bully is a film that should be seen by kids across the country. This film is too important and potentially life-saving to give it an ‘R’ rating that will prevent kids from watching it,” noting the MPAA decided Bully’s rating by just one vote. “That’s one vote against 200,000 voices asking to be heard by the MPAA.”

Butler plans to continue her campaign, announcing in Los Angeles at the MPPA’s offices, “Every day in every middle school and high school in America, students are bullied. This movie, if given a PG-13 rating, could reach those students, as well as bullies themselves, and help put a stop to the epidemic of school bullying in our country.”

Urged DeGeneres on air, “I have signed [the petition] and I hope you will too.” For more information, visit Katy Butler’s campaign at www.change.org/Bully