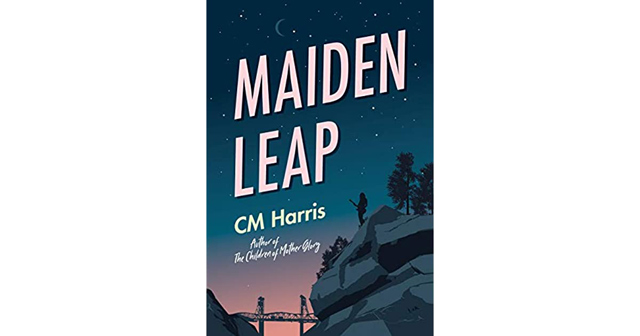 Kate Larson’s neatly balanced world tilts when a ghost crosses her path as she Black Friday shops in downtown Wicasa Bluffs. Kate’s body returns to husband Erik, son Brace and daughter Sam; her spirit flies to 1985, a sophomore enmeshed with senior Lucy Van Buren, re-living the anger, hurt–and guilt–of parting. Now VeeBee’s back; graduate of a gay conversion program, owner of the old manse atop the bluff of Maiden Leap, over which a mythic Indian brave and maiden perished–and a black student more recently allegedly suicided. Love, Kate learns, is many-faceted, if not splendored, and she now has to face and fathom her own heart’s desires, past and present, to explore where all their futures might now lead. Complex, witty, moving.

Summoned to Washington, Honolulu homicide detective Kimo Kanapa’aka is “requested” by Rep. Stacey O’Brien to investigate the death of her father, Connor–fifty years ago. Kimo’s reluctant, but O’Brien wields substantial financial influence for Hawai’I’s eleven military bases, and he was recommended by one of the moms of Kimo and Mike’s shared twins. Kimo and FBI agent partner Douglas Jensen learn Connor was killed while on R&R from Vietnam but key information was erased. They uncover more other soldier deaths indicating military cover-ups and gay connections. Will Rep. O’Brien welcome this information? The mysteries intertwine with Kimos’ family issues– son’s questions of why they haven’t got regular moms and dads; Kimo and Mike’s continuing to circle around Marriage. Plakcy’s 11th Mahu is satisfying and thought- provoking.

From Here to There: The Art and Science of Finding and Losing Our Way
Michael Bond
Harvard University Press
$29.95

Without a keen sense of navigation and spatial understanding of their world, humans wouldn’t have survived long enough to invent the GPS. And yet, the prospect of being “lost” is still, these many millennia later, so utterly terrifying and unnerving that people who have wandered off track may behave so erratically they may perish within range of safety. Author Bond covers a wide spectrum of wayfinding from the techniques of
mental mapping to the intricacies of our cellular makeup; grid cells, head direction cells, place cells, boundary cells. Bond pleas for children to be allowed to range abroad and map their place in space, then explores the plight of Alzheimer’s sufferers’ inexorable loss of who-ness and where-ness, and offering some possible suggestions to afford relief.

The Biggest Bluff: How I Learned to Pay Attention, Master Myself, and Win
Maria Konnikova
Penguin Press
$28

Searching for a subject to conquer from scratch? Author Konnikova picked entering the WSOP (Word Series of Poker) not knowing how many cards make up a standard deck. Psychologist, writer for The New Yorker, The Atlantic, The New York Times and others, she has now added “international poker champion.” Mentored by Poker hall of Fame inductee Erik Seidel (and other greats), Konnikova draws the reader–and herself–into the Gordian knot of skill, chance, and self-psychology that build the stuff of poker greats. Her keen eye for her own faults and limits, Konnikova learns to face the bluffers from outside and within, always with the knowledge that the biggest bluff is that skill conquers. No. Variance–luck–is always crouching, waiting in the wings.