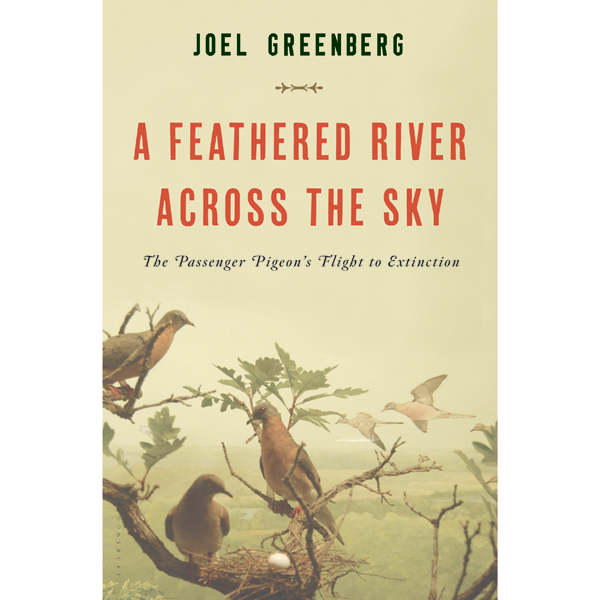 A Feathered River Across the Sky: The Passenger Pigeon’s Flight to Extinction
Joel Greenberg
Bloomsbury
$26

September 2014 marks the hundredth anniversary of the death in the Cincinnati Zoo of Martha, the last extant passenger pigeon. This uniquely American bird, whose massed flights literally blotted out the sun, had been hunted for food by natives for centuries. But between increased European settlers and growing railway distribution, in a mere half-century from 1860, the species went from an estimated three billion to zero. The annual slaughter for food, fun, and profit was relentless and profligate, encompassing the birds’ entire range, from the Gulf of Mexico to Canada, the Midwest to Maine: In 1878, the St. Paul Sportsman’s Club shooting contest offered 10,000 live targets. Greenberg’s history is both an elegy for a lost species and a cautionary tale for our own future. 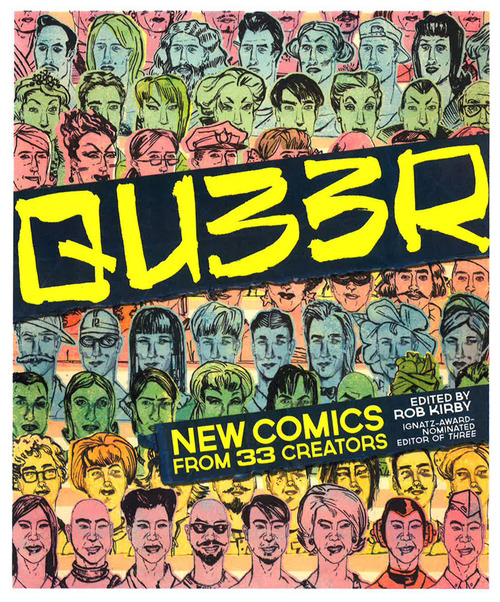 Thirty-three–33–talents, new and established, are featured in this all-new anthology of queer comic tales. Among them are Eric Orner’s “Porno,” Rob Kirby’s “Music for No Boyfriends,” Dianne Dimassa’s “Born Qu33r,” Rick Worley’s “For Fletch and Ruski, Spooner and Calico,” Carrie McNinch’s “Toot Toot Heyyyyyyy Beep Beep,” and Terrence Griep and Rob Kirby’s “The Second Most Asked Question,” in which local writer/pro-wrestler tells all. This full-color collection by queer publisher First Northwest Press covers the entire spectrum of the rainbow, young love, old love, no love – drama in the past and present, and through all the rainbow’s angstroms of gender, sex, race and class, happiness and despair. These stories will bear you along on a fresh tide of Qu33r life heading into your future. 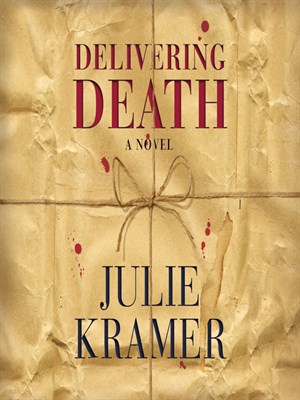 It’s never a good morning when an anonymous package of human teeth is delivered to your desk. But TV reporter Riley Spartz takes up to the challenge and sets off to unravel the mystery and identify their newly edentate owner. The trail is diffuse, leading to a lowlife crook, now dead, and white-collar criminal Jack Clemens, now doing time. Both were involved in an elaborate, widespread, and highly profitable identity theft scheme. While Riley chomps at the bit to cover these meaty crimes, her boss and nemesis is pushing for coverage for a mass marriage extravaganza at the Mall of America. Not only is this pure fluff in Riley’s mind, but she’d rather avoid ex-fiancé, Nick Garnett, MOA’s head of security. Neatly crafted, highly readable. 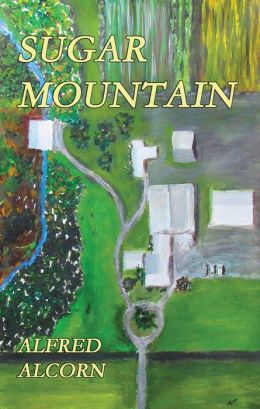 Reserve some quality time: once you start Sugar Mountain you won’t be putting it down. Alcorn’s stylish literary thriller envisions a world devastated by a mutant avian flu. In anticipation of just such an eventuality, Cyrus Arkwright, seventyish family patriarch, and his wife Grace, have been transforming the family farm in western Massachusetts into a self-sustaining refuge for their kin and their families. And they come. As do the frightened and unprepared; as do the McFeralls, neighboring outlaw cousins who for decades have claimed ownership of Sugar Mountain. Alcorn handles predictable character types in unpredictable ways, interleaving the main narrative with a member’s personal diary; this device and the author’s use of the present tense pulls the reader into the novel’s heart for the duration.