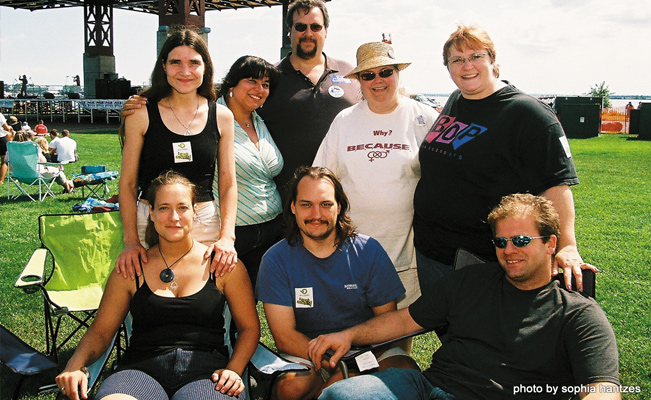 The “B” in GLBT tends to get overlooked by both the straight and queer communities, but the Bisexual Organizing Project (BOP) is raising awareness by sponsoring the Bisexual Empowerment Conference: A Uniting Supportive Experience (BECAUSE), which will be held at Metropolitan State University from April 20-22.  This year’s conference marks the 20th Anniversary of BECAUSE.

BECAUSE prides itself on being “an annual event for bisexuals, queers, non-monosexuals, the bi-curious or questioning, and all allies, regardless of sexual or gender identity.”

Jim Larsen, the Chair of the Organizing Committee, recognizes that the conference meets a very specific need in the Midwest. “BECAUSE provides a safe environment not only for bisexuals, but people of all identities, to learn about many aspects of sexuality.  It is a great place for anyone who is questioning their identity to be able to get information.”

This year’s theme is “Empowerment through Community.” Larsen notes that “one of the critical things for us is to ensure that people who identify as bi know there is a community of other bisexuals out there.  It is often hard for bi’s to find that community and feel a part of it.  BECAUSE creates that sense of community where they can freely express who they are and not only will no one will question it, but they will celebrate it with them.”

Dr. Marge Charmoli, a former presenter at BECAUSE and co-producer of BiCities, relates with Larsen and says “I felt alone in the Twin Cities, I didn’t know there was a bi community. When I went to BECAUSE, it was like going to a religious experience.”

One thing that makes it difficult to find a community feel within the bi world is the sense of biphobia coming from both the straight world and the queer world. There are a lot of myths surrounding the bisexual experience, particularly regarding identity and monogamy.

Larsen states that “unfortunately, biphobia shows up in a lot of ways.  Many GLBT people may have first identified as bi before realizing they are gay or lesbian.  Because that was their journey, they think people who identify as bi just haven’t taken that next step.  But for us, it isn’t a phase.  It is who we are.”

Larsen also debunks the myth that bisexuality is synonymous with promiscuity. “There is also the perception that we can’t be satisfied with just one partner because we will always be looking for a partner who is a different sex than who we are with.  That is just a myth.  Bisexuals are just as capable of monogamy as anyone.”

While this conference focuses on celebrating bisexuality, all people are invited to attend in order to gain an understanding and appreciation for the bisexual experience. Through educational workshops and connecting with people who identify as bisexual, one hope of the conference is that people develop a greater understanding of bisexuality.

Larsen emphasizes the historical importance of the noteworthy anniversary. “We really wanted to honor the work that has been done by all of the people who have been part of BECAUSE over the years.”

BECAUSE is honoring the past by inviting back all of the conference’s keynote speakers from the past 20 years. Larson says “these speakers are nationally known activists, researchers, and voices in the areas of  bisexuality and sexual identity.” Eight speakers are returning, including Lisa Diamond, Ph.D. (professor at University of Utah), and Robyn Ochs, who is hailed by some as the “mother of the bi movement.”

The history of BECAUSE shows how activists used the conference to meet a true need for bisexual advocacy in the GLBT world. Larsen states that “BECAUSE was started here in the Twin Cities by activists who recognized the need for both information and a sense of community around bisexuality.  It has been held in the Twin Cities, Iowa and Wisconsin.  One important aspect is that BOP (Bisexual Organizing Project) was created as the sponsoring organization for the conference.  Now, BOP not only sponsors BECAUSE but also attends all regional Pride festivals and has other programming focusing on bisexuality.”

With an increase in interest over the past 20 years, the conference is preparing for more attendants by offering “more workshops than ever.” There will also be a dance, a cabaret, and many other socializing opportunities sprinkled throughout the educational weekend.

Larsen’s hope for the weekend is that individuals develop a stronger sense of community and embrace their identities, whatever those identities may be. “We hope BECAUSE empowers people as individuals and as a part of a greater community.”