The recipients of the Lavender Community Awards were nominated and voted for online in the month of November. Winners demonstrate clear dedication and leadership by being either out or an ally and working for the advancement of the community that is comprised of gay, lesbian, bisexual, transgender, queer, and allied people. Without further ado, we are proud to present the recipients of the 2016 Lavender Community Awards. 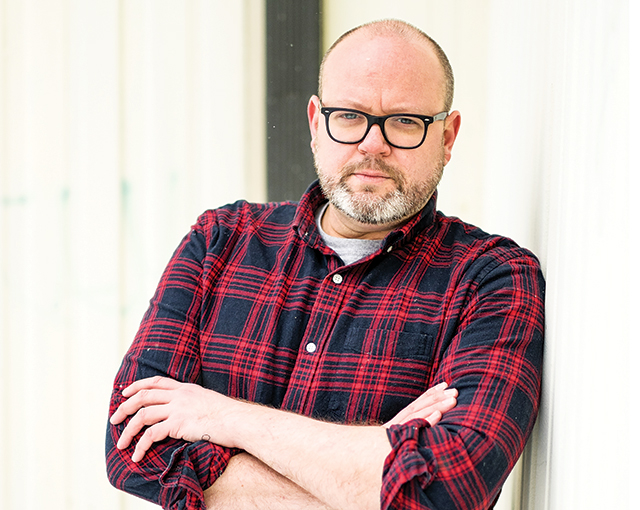 Ryan Berg
Organizational Involvement: Avenues for Homeless Youth, RECLAIM!, The Link, Point Source Youth, Nation Books
“So much of queer history is unknown because our narratives have been silenced in mainstream culture because they rewrite stories and place themselves at the center,” says Ryan Berg, author of No House to Call My Home, which chronicles his time working with LGBTQ youth in foster care and experiencing homelessness. As program manager of the ConneQT Host Home Program through Avenues for Homeless Youth, Berg works in partnership with other organizations to provide preventative services and interventions for LGBTQ-identified youth experiencing housing instability. “Many LGBTQ youth report discrimination, violence, or rejection when attempting to utilize supports and services,” he says. “Much more needs to be done to ensure youth have access to affirming, inclusive spaces. I want LGBTQ youth to feel safe telling their own stories; to be the custodians of their own narratives.” Berg’s youth work is about taking actionable steps to evoke change in the community while his writing illustrates how the power of stories can become transformational, building empathy and understanding for those who have historically been marginalized. Berg is currently working on a new book regarding the ties between bullying, trauma, mental health, and suicide in LGBTQ youth. 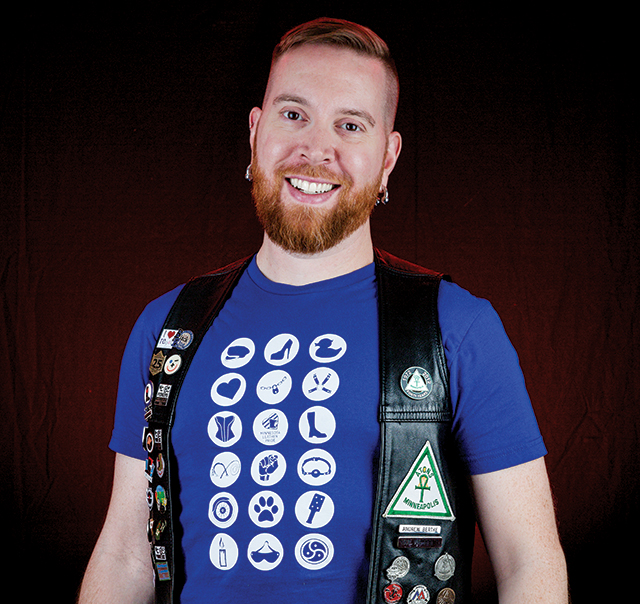 Andrew Bertke
Organizational Involvement: Atons of Minneapolis, Minnesota Leather Pride, Capital City Pride, Gaylaxicon, Mr. Minneapolis Eagle, Mr. Twin Cities Leather, Minnesota Leather Pride Weekend, Iowa Leather Weekend, and International Mr. Leather
Graphic designer and photographer Andrew Bertke volunteers in the GLBT and allied leather, kink, and science fiction communities. Bertke has served on committees, done design work, and organized events for various organizations, but is perhaps best known for his work with event photography at local, regional, and international leather events and contests. “As a young queer leather geek, I struggled to find a place that I felt comfortable,” he shares. “When I finally found my fellow GLBTA science fiction fans and the local leather community, I found ways to contribute and nurture these groups to help build a place for future young queer leather geeks.” Bertke cares about the history of the community and helps capture it through his photography, while also helping make the community visible and a safe place for leather and kink people. He adds, “I hope I can offer the next generation (young and old) every opportunity to develop their space and traditions while helping them remember and appreciate the joy and pain that went into the community before they arrived.” 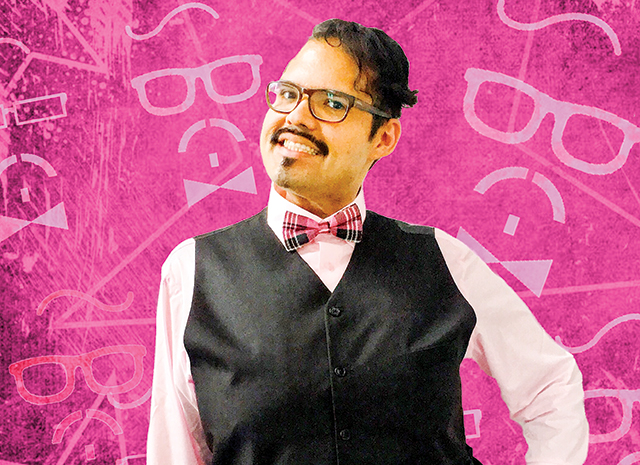 Hector Chavarria
Organizational Involvement: Gadfly Theater, Patrick’s Cabaret, 20% Theatre Company, Outspoken, Guthrie Theater, Mixed Blood Theater
Perhaps better known as The Big Gay Mexican, Hector Chavarria is a wearer of many hats. With a day time job working in the box office at the Guthrie Theater, he also works as an actor, singer, playwright, and performance artist. “I created Big Gay Mexican about three years ago,” he shares. “I created this persona because I wanted to find an artistic way to battle with stereotypes in the arts and social media. Fat-shaming and racism within our community are a huge problem that I encounter on a daily basis, along with homophobia outside the community and within my family.” Chavarria writes about his experiences as a big, gay, Mexican American man to shed light on social issues that are not discussed, providing a voice and a presence that historically has not been presented positively in the world. With so much hatred encouraged in today’s social media, Chavarria’s goal is to inspire and promote self-love. He adds, “I want to send a message to anyone who has been told they were different or was told they needed to change that we must all have courage and be kind to make this world a better place. In order to love ourselves we must be free to be ourselves.” 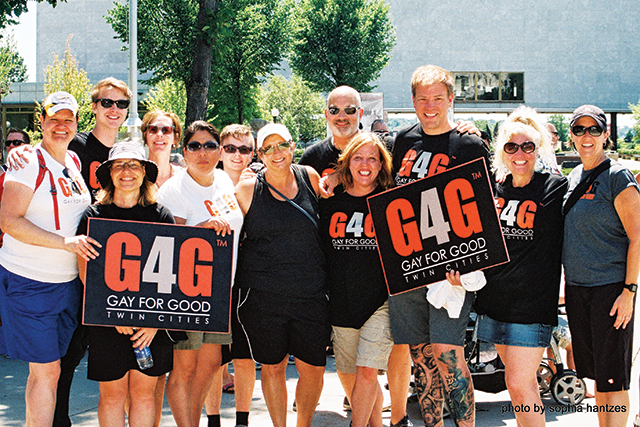 Gay For Good Twin Cities
Gay for Good’s mission is to mobilize and energize the LGBTQA community to interact with the greater state of Minnesota by volunteering with various social, environmental, and other service projects. Simply put, their greatest goal is to do good and be good. Co-founders Beth Mejia and Creg Schumann define the work the organization does as creating opportunities to transform the Minnesota community. They say that by creating a series of opportunities for both LGBTQ and allied people to come together in the service of the community, true transformation is possible. “When we are able to create highly mobile and engaged groups of volunteers who are deeply invested in addressing the pressing issues of our time, only then can we truly create a path to a better society,” they say. “Through each project, through the work of our incredible volunteers, we continue to grow and we envision a world where volunteering to make the world a better place becomes not something to be celebrated but rather is simply a part of being and doing good. In the future, we see completing volunteer projects beyond the Twin Cities in Greater Minnesota and are looking for ways to partner with organizations in a variety of locations that need us.” 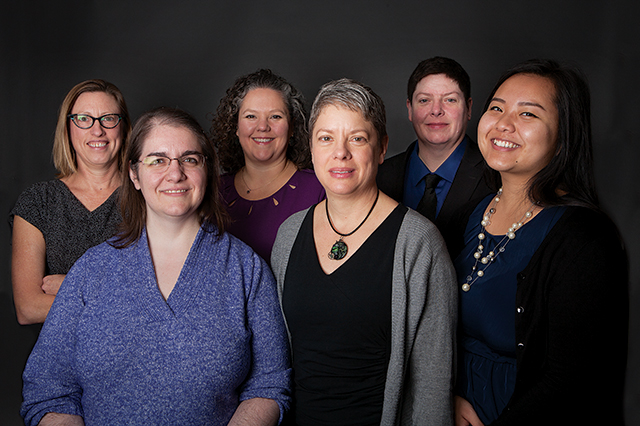 Gender Justice
Gender Justice is a nonprofit legal and policy advocacy organization devoted to addressing the causes and consequences of gender inequality. Gender Justice fights any discrimination based on sex, gender, sexual orientation, or gender identity through three program areas: litigation, policy advocacy, and education. Gender Justice uses existing laws relating to gender discrimination as a basis for battles for LGBTQ rights. Jill Gaulding, co-founder and senior counsel says, “We’re helping to guarantee that LGBTQ rights are here to stay. When you realize that LGBTQ rights arise out of long-standing existing laws that protect against discrimination based on sex, we make it harder for regressive shifts in who has political power to roll back the progress we’ve made. It also means that LGBTQ people can have faster access to justice than if we had to go out and establish new rights.” Gender Justice takes cases that help people locally but often go on to have a national impact. When progress is made here, other courts and cases refer to them to make progress elsewhere. The people at Gender Justice believe that a world without restrictive gender stereotypes is better for everyone, not just LGBTQ people. “We think it’s about doing the right thing for individuals and our entire society, and that breaking down gender barriers, stereotypes, and expectations would improve all of our lives,” says executive director Megan Peterson. “It’s an honor to get to work every day for people’s rights. Sometimes we feel we’re fighting uphill battles, but at the end of the day, there’s nothing else we’d rather be doing. We’re optimistic about the progress we’ve made and will continue to make.” 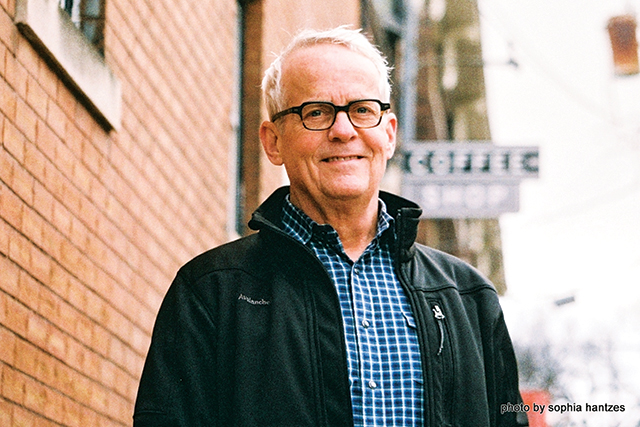 Grant Meidal
Organizational Involvement: Father’ Group MN, Boys & Brews, Human Rights Campaign, Twin Cities Gay Men’s Chorus
Though Grant Meidal’s day job is with Whole Foods Market corporate, he spends his time building community from the inside out, gathering GLBT folk around common interests and loves. He facilitated Fathers Group MN for three years, a support group for men who married women and had kids before addressing their sexuality and beginning the path to authenticity. He also created Boys & Brews, a meet up for GBTQ and allied men. “I came out of the closet after a 29-year marriage and four kids,” he says. “It took courage I didn’t know I had, and support from others who understood.  My story is a lot like others’, so I get involved to help make the journey more joyful. It’s a very hard road with no guarantees. I’m there because we need each other.” He credits the incredible support found here in the Twin Cities and the fathers group (which has been around for 30 years) for helping him grow. 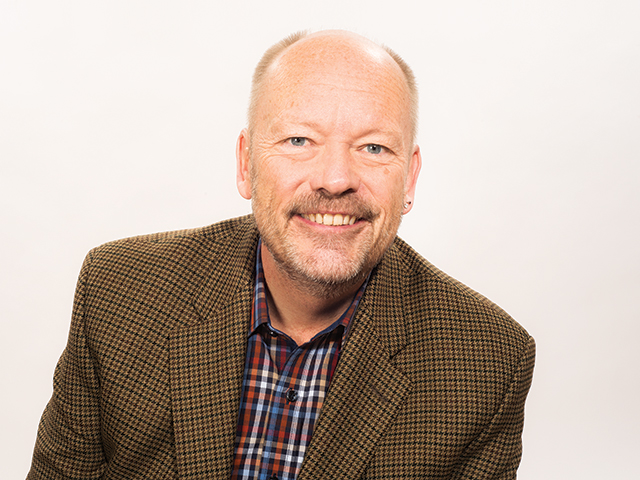 Chuck Peterson
Organizational Involvement: Clare Housing, Red Ribbon Ride, HIV Housing Coalition, Coalition for Choice in Housing, National AIDS Housing Coalition, Cantus
Currently serving as executive director of Clare Housing, Chuck Peterson has a 25-year history with HIV/AIDS service organizations. Peterson works with a team of advocates and caring professions who provide support and care to nearly 200 people living with HIV each year. “Much of my work focuses on advocating for equitable access to housing and health care for those in our community who are low-income and experiencing homelessness,” he says. Clare Housing believes that housing and health care are human rights and that no one should be denied housing or health care based on income, sexual orientation, criminal background, or other discriminatory characteristics. “My hope is our collective work will reduce the stigma many still experience today and all people living with HIV in Minnesota will have a place to call home and access to health care and critical supports,” Peterson adds. “I lost my best friend to AIDS-related complications many years ago. It impacted me deeply, and started me down this path. There are many in our community who have grown up after the worst of the AIDS crisis abated. For many of them, HIV/AIDS is a problem that’s been solved. They couldn’t be more wrong. HIV/AIDS is not over. Medical treatments are effective, but they are not accessible to all. Stigma still prevents many from getting diagnosed in the first place. Three decades ago we started this work, we fought hard for the rights of people living with HIV. I do this work to continue that fight.” 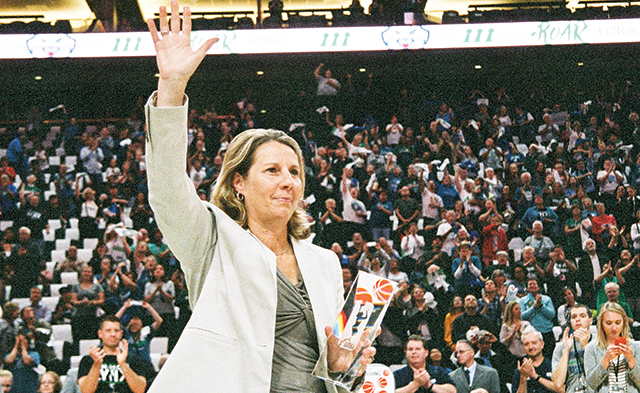 Cheryl Reeve
Fighting for gender equality has become head coach Cheryl Reeve’s calling, in addition to the Lynx’s quest for a WNBA title repeat. Whether on social media, in private conversations or at large speaking engagements, Reeve passionately advocates for greater media coverage of women’s sports, better pay in the workplace and more willingness from “decision-makers” to ignore traditional stereotypes. She uses her platform to highlight and promote acceptance and inclusion. Both on the court and in the stands, Reeve and her team have worked hard to show appreciation for their LGBT fans. Long before the league announced a marketing plan directed toward the LGBT community, Reeve and the Lynx have been working with LGBT advocacy groups for years and have hosted their own Pride games. The team also has a booth at the Twin Cities Gay Pride Festival, where it hands out information and sells merchandise. In a statement about the league’s efforts to reach out to the LGBT community, Reeve said, “Sports are a microcosm of society. And the WNBA is so much more than basketball. I applaud and stand with the WNBA and CoverGirl [a co-sponsor of the initiative] in this very important platform promoting acceptance and inclusion.” With her commitment to the LGBTA community as well as her team, it’s no wonder Reeve was named the 2016 WNBA Coach of the Year for a second time, having previously done so in 2011.