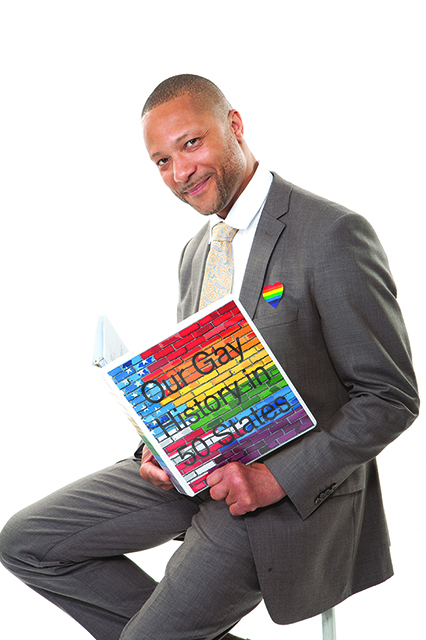 Raised a stone’s throw from Disneyland in Anaheim, CA,, Lavender Pride Cover Contest winner, Zaylore Stout, made his way to the Twin Cities via the University St. Thomas School of Law in 2015. Today he heads his own law firm, Zaylore Stout & Associates, and is an active advocate for many GLBT issues. Stout spoke recently with Lavender about his win of the Lavender Cover & Cruise Contest and some of his many other activities.

E.B. Boatner: How did you get from St. Thomas Law to your own firm?

Zaylore Stout: I founded Zaylore Stout & Associates, LLC, in 2012 while back in California. My practice focuses on employment discrimination, sexual harassment, wrongful termination and wage and hour matters. We represent both companies and employees in these types of disputes.

EBB: You advocate particularly for inclusivity; not only for gays and lesbians generally, but for the greater acceptance of bi—and particularly trans—individuals within the gay community itself.

ZS: The “gay rights” movement began focused on lesbians and gays. Now we have the [much broader] acronym LGBTQQIP2SAA+. I speak to many gays and lesbians who believe that there is no need for letters besides the “L” and the “G,” although some admit that the “T” may also be necessary. But many believe that the rest of the letters are just people seeking attention. What they don’t realize is that it was their [original] fights, struggles, and sacrifices that made it possible for folks to be able to self-identify now. Our transgender counterparts have been part of the fight with us since Stonewall and we need to be there for them now.

ZS: RCV is a voting system that allows voters to rank their ideal candidates in order of preference. I ran as an “out and proud” candidate for the St. Louis Park City Council Ward 1 seat last summer. The city council had already voted to abolish the primary election and I was a firm supporter of the options RCV provides to nonconventional candidates and minority voters.

EBB: You are also board member of RECLAIM?

ZS: RECLAIM is an incredible local nonprofit that works to increase access to mental health support for queer, transgender, and gender-nonconforming youth regardless of their ability to pay. RECLAIM’s goal is to allow the youth to “reclaim their lives from oppression” in all its forms. RECLAIM partners with youth ages 13-25, who are marginalized because of their gender identity, gender expression, and/or sexual orientation. 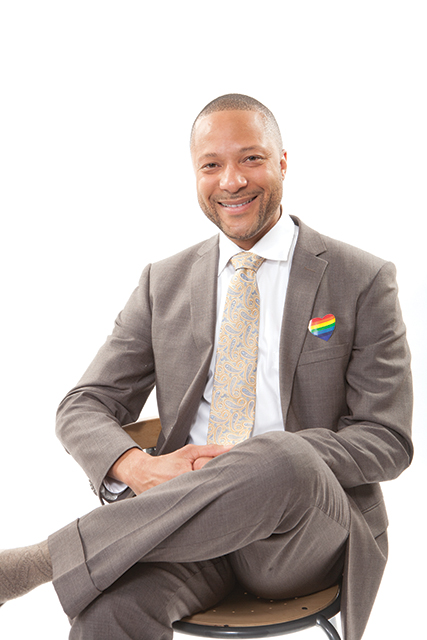 You’re currently writing a book called Our Gay History in the 50 States?

ZS: American history would be vastly different without the contributions of the LGBTQIA+ community. Their numbers include some very influential politicians, philanthropists, physicians, artists, business executives, teachers, labor rights leaders, entrepreneurs, athletes, soldiers, First Nation communities and more. Our county would not be the same without them. Our stories are intertwined; our history is American history.

Since very few LGBTQIA+ folks are raised in a queer household, it is difficult to access or understand our own identity, understand others, or build a sense of pride. My hope is that access to Our Gay History in 50 States will help bridge that gap. We are only as strong as our collective voices, so stay vocal and stay engaged. History is on our side!

How have you researched and constructed the book’s tremendous amount of material? What/who are you highlighting?

ZS: I’ve hired an army of LGBTQIA+-identified queer youth from across the country to help with the initial research, and they were paid a livable wage for their efforts. I then backfilled some of the research to ensure that the diversity within our community was showcased. Next was deciding what people/places/queer facts would be included. I’ve tried to balance the known personalities like Harvey Milk and Ricky Martin, with the unsung champions like Sylvia Ray Rivera and Holly Boswell.

EBB: You mentioned wanting to show that all areas of the country have contributing gay members. Have you had any surprises?

ZS: Many surprises and perhaps some controversies. Here’s one: Angela Davis—yes, that Angela Davis from the Black Panther party, third woman ever listed on the FBI’s most wanted list. She came out as a lesbian in 1997, but few heard the news. She is still a radical feminist, fighting against inequality, but now she’s one that young lesbians of color can look up to as a role model.

Another is Alan L. Hart who pioneered the use of x-ray photography in tuberculosis (TB) detection, helping save thousands of lives. He was also the first documented male to transition in the U.S. in 1917. Those in medicine may talk about his amazing contribution to our county, but few mention that he was transgender and married—twice—over a hundred years ago.

EBB: Where will you go on your Celebrity Cruise? And with whom?

ZS: I love warm weather and beaches, so the plan is to opt for a Caribbean cruise. I’ll be taking my partner, Ore Lindenfeld. It’s the least I can do since (1) he has never been on a cruise, (2) I stole our summer away in 2017 when I ran for office, and (3) he joined me on this wild adventure leaving West Hollywood behind to join me in Minneapolis. He’s my biggest fan.

ZS: I am very honored to be Lavender’s inaugural winner of their Pride Cover Contest. I thank Lavender for providing this amazing opportunity, offer a shout out to the other nine inspiring video finalists, and a heartfelt thank you to all those who voted for me.

During Pride Month (June 1-30) Stout’s book may be pre-ordered at www.Gay50States.com. The publication date is October 1.