What Goes Around Comes Around – Minnesota Opera’s Powerful “Rigoletto” 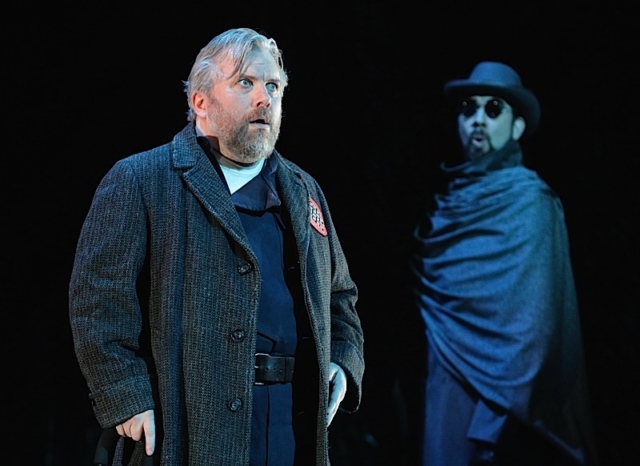 Giuseppe Verdi’s Rigoletto, exposes the tragic folly of a disfigured court jester named Rigoletto who aids and abets the Duke of Mantua in ugly deceptions, including procuring unwitting females for to satiate his sexual compulsivity. After a Count’s young daughter is seduced by the Duke, Rigoletto has a good laugh, but when the Duke’s lackeys trick the jester to serve up his own daughter for the Duke’s hedonistic pleasure, the tables are bitterly turned. 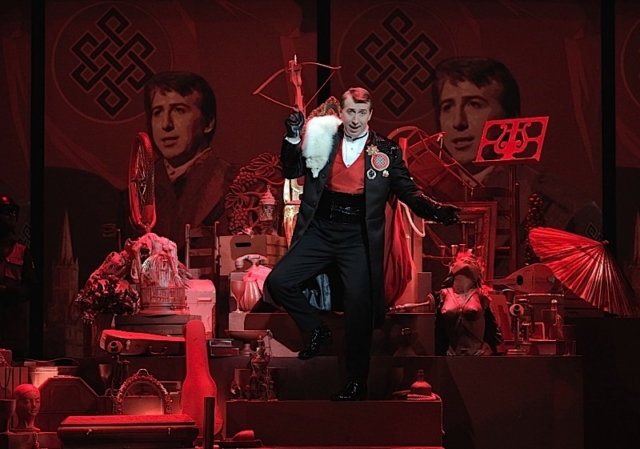 The setting for Minnesota Opera’s production of the 1851 classic at the Ordway has been conceptualized as an authoritarian state where surveillance cameras permeate, courtiers resemble trained spies, and action is observed surreptitiously from a heightened area above. Director Austin Regan balances the concept with the classical essence of Verdi to beautifully unified effect. Conductor Michael Christie’s musicians are superb. 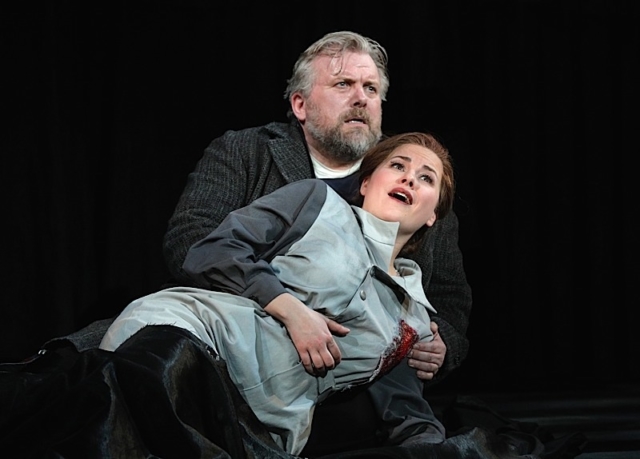 Baritone Olafur Sigurdarson brings robust vibrancy to the title role which vividly underscores the irony of falling for the scheme that will change his life. Soprano Marie-Eve Younger gives a very touching performance as his daughter, a tragic “lamb to the slaughter”. Joshua Dennis embodies brutally suave narcissism as the Duke. His rendition of what is perhaps the most renowned tune in opera, La Donna e Mobile, is diabolically sparkling, as it reveals his pathologically blithe attitude toward being a serial rapist.