On the Cover: Mike Marcotte 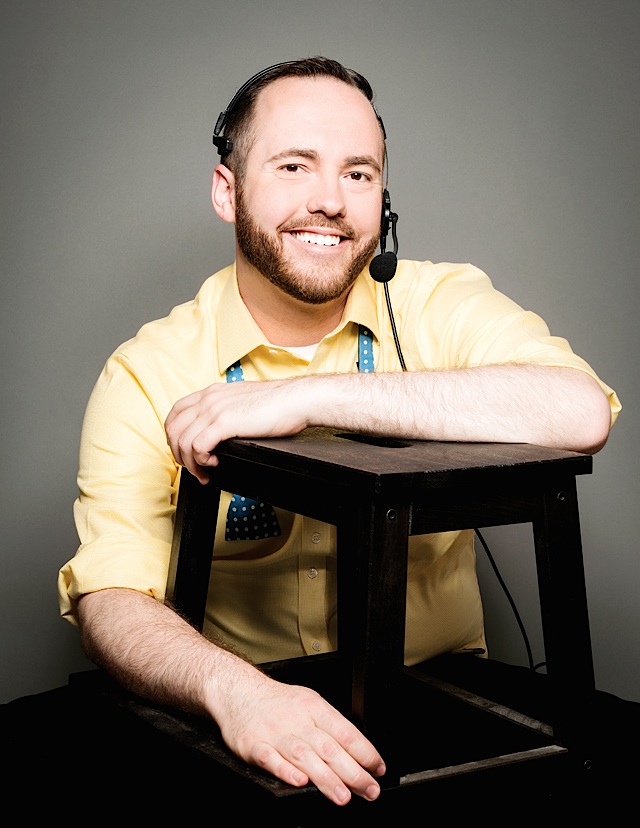 Over the past few years, we’ve had entertainers and personalities on the cover, both familiar and celebrity faces. This cover is featuring a local community member, a writer and producer, someone who’s often behind the scenes but is now emerging a bit more. He’s written a number of pieces for us and has been writing online for various outlets for years. He’s been known as a “Local Guy About Town,” but now is asking folks to “Give Me The Mike.” His name is Mike Marcotte and he’s just one of the neatest guys around.

Currently a producer for Twin Cities Live at KSTP-TV, plenty of people know Mike’s friendly face and open demeanor, whether they see him in person or on television. He’s a social networking master. He volunteers for various nonprofits and causes, and currently serves on the board of directors of the Minnesota Boychoir. He’s a millennial who’s extremely engaged and interested. Born and raised in the metro area, Mike represents Minnesota well as he travels to various places, writing pieces on other areas worth visiting. He’s an ambassador of sorts, both for our state and for our community. Whether he’s here or there, you want to follow him and hear what he’s got to say. Read about his recent trip to Provincetown on page 78, and find more of Mike’s work at www.givemethemike.com.

I’d also like to highlight that this cover is an artistic vision of Brent Dundore, who’s a photographer from and of this community. Through his company, Brent Dundore Photography, he took an idea for featuring Mike and his city in a young, vibrant, and Pride-ful way and ran with it. As an artist who gives of himself to present the entire rainbow of this community with projects like the “Marry Us Campaign,” “Why I Ride” for the Red Ribbon Ride, and the “They/Them Project” on page 124, I am thrilled that we got to collaborate with him on this Pride Issue cover.

Thank you, Mike and Brent. Keep it up.